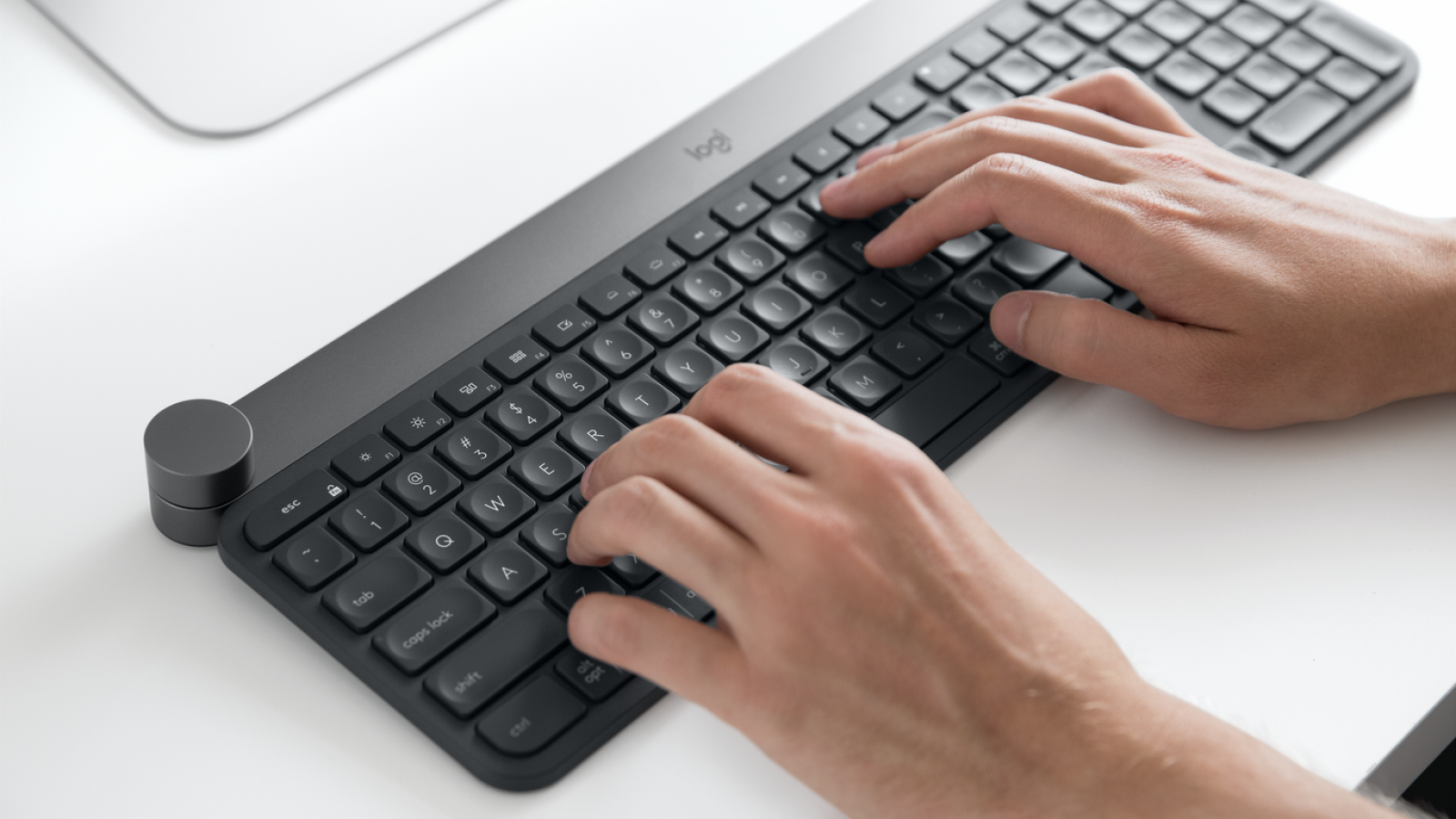 What we are presenting is a keyboard, it is obvious, but the novelty that Logitech brings us is in its upper left corner. Yes, what you see in images is a dial, in true Microsoft Surface Dial style. It seems that the idea has permeated the peripheral developers. 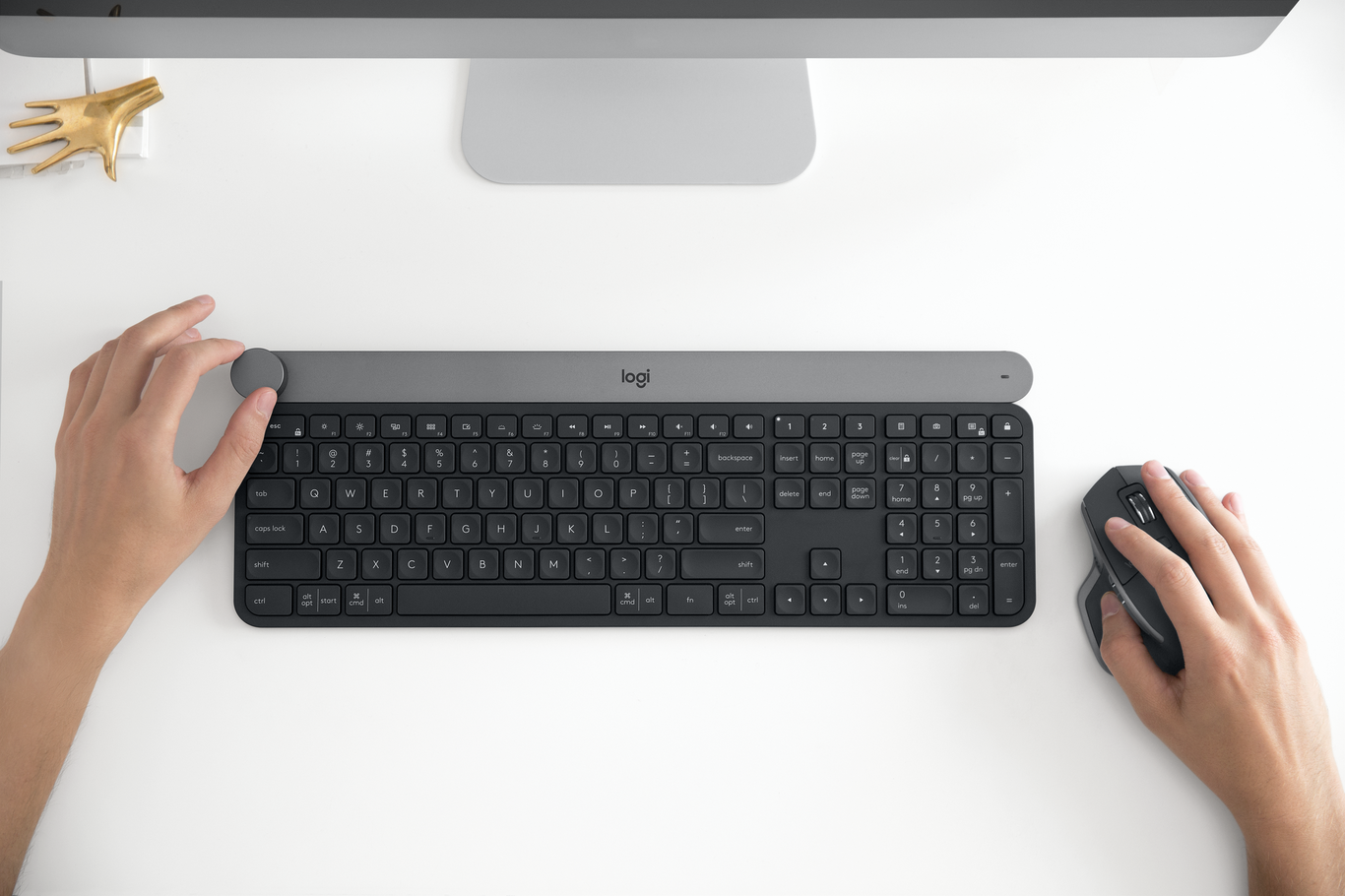 The new product responds to the name of Logitech Craft and is aimed at creatives who want to have that possibility to access tools in a more direct way. The aluminum dial is called Crown and gets along well with Photoshop, Illustrator, Premier, InDesign, Word, PowerPoint and Excel.

I guess the operation of this is understood, but if not, I leave you with a video in which we can see it in action, letting us touch the Photoshop settings in a comfortable and fine way …

Besides the rotation of the dial, we have a second way of interacting since the surface is a touch button …

You may also like to read: Workstations can also be small: The new HP Z2 Mini proves it

Outside of the applications mentioned there are also actions associated with the system, such as volume control, brightness, scrolling on pages, etc. Note that the upper part is sensitive to touch, so it is also a button, or a way to display contextual menus. 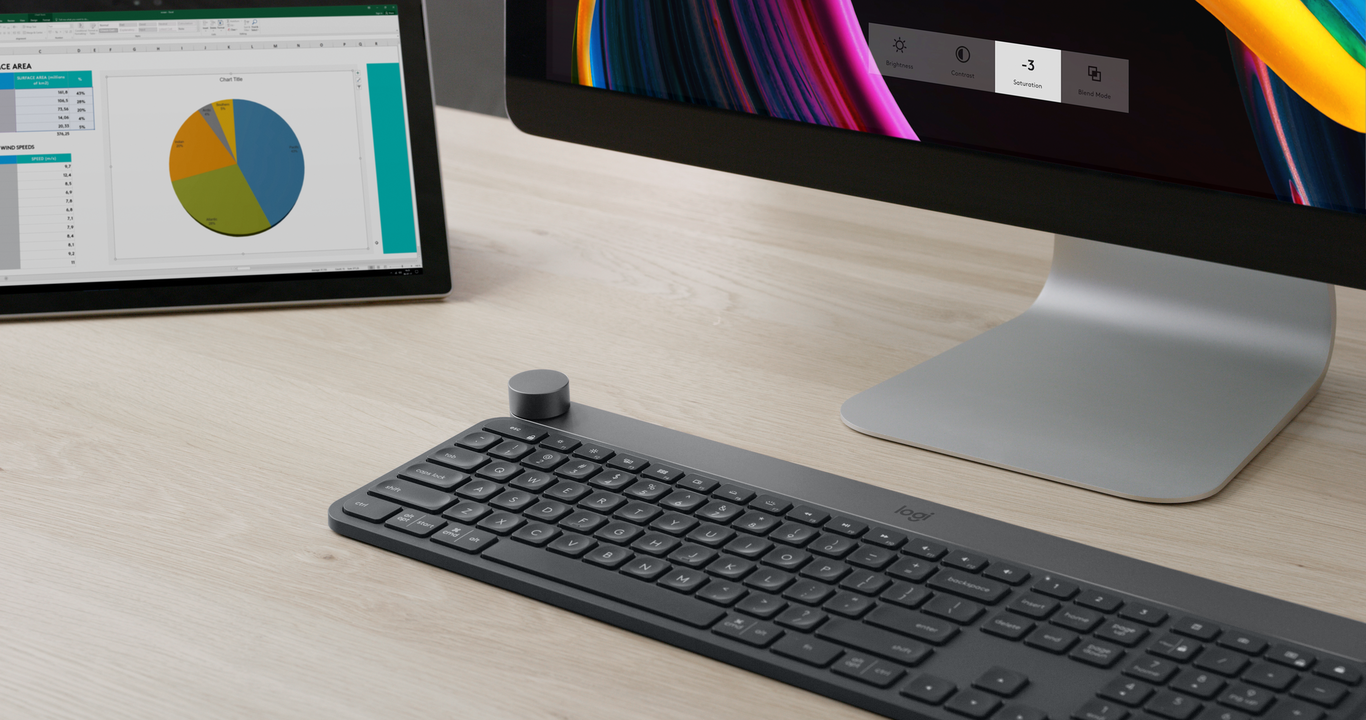 As for the keyboard itself, it offers recognizable lines in the brand’s new design line, it has backlighting that adapts to the conditions of the room, and it is possible to use it with up to three devices at once (Easy-Switch).

For those who have doubts say it is wireless, with two options: use the LogitechUnifying USB receiver or pull Bluetooth. If we want to place it with cable, the connection we have is USB-C. 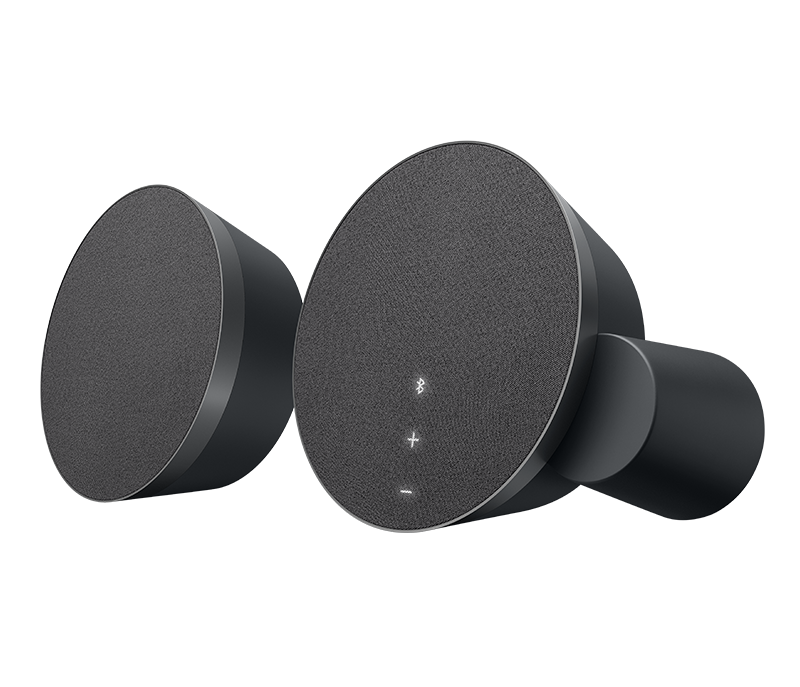 The Logitech CRAFT keyboard will be available in mid-September at a price of 199 dollars. Accompanying you at the launch are the Logitech MX Sound speakers , a presentation control and the Logitech MX Master 2S mouse.