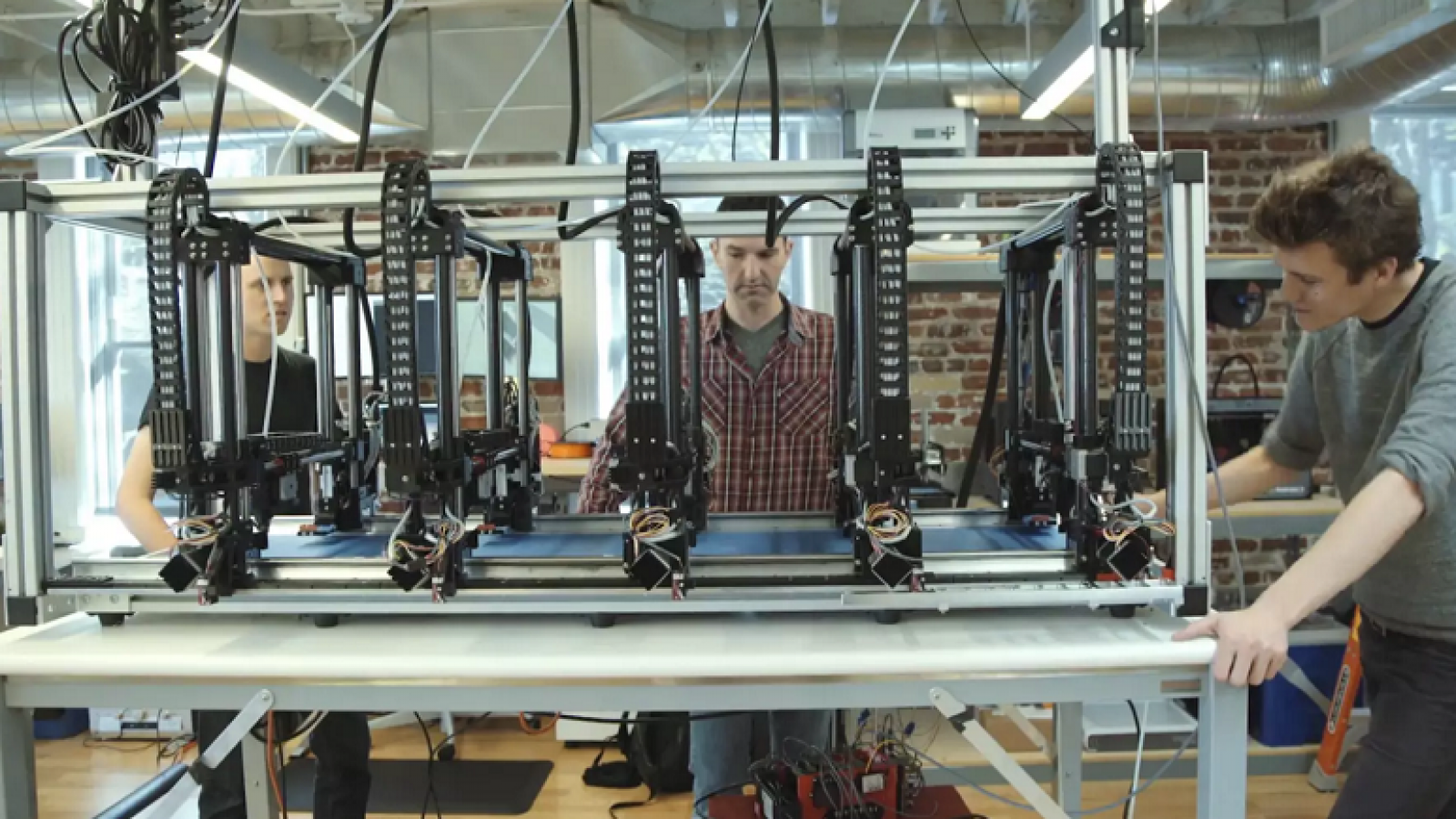 At Autodesk, we are seeing move quickly in the field of 3D printers, it is doing so from a professional point of view, but also offering solutions for all audiences, proof of this are the ThingMaker 3D – for the little ones – and Ember.

Although we know years progress, it is an untapped land by large companies, and the truth is that we walk a little short of machines that are able to create large pieces, at least from the point of ‘domestic’ view. Autodesk wants to move a little this issue with Project Escher. 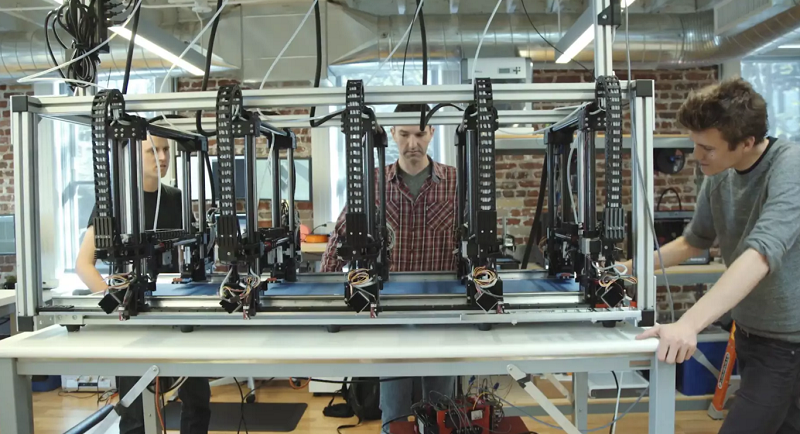 Instead of making small parts, which are then joined, it is possible to put multiple printers working in parallel, but all within the same machine. different print heads are placed in the same place, working in perfect harmony:

Escher Project is basically an assembly line with five robots working at the same time, allowing us to create larger projects, including industrial level. Apart from size, the speed is gained when performing a piece is important, therefore costs are also reduced.

PROJECT ESCHER IS NOT A REAL PRODUCT, NOR DOES IT APPEAR THAT INTEND TO CONVERT. IT’S A GOOD TEST PRINT HEADS WORK IN PARALLEL

Autodesk believes that many improvements are emerging from the hardware point view, the machines themselves, but also need to evolve the software that controls them : it can not be the same as the one you printed an implant, that makes you a wing a plane, you have to specialize even in this.

Hence, the Escher Project work is a way of demonstrating that its software can put to work several heads collaboratively, achieving intelligent solutions. The way to grow in parallel is also covered; also the option that each do different works: one can be printed, eliminating other excesses.

Mechanisms are also introduced to fuse two pieces created next to each other.There is no intention, for now, by converting Autodesk Project Escher in a configuration that people can buy.