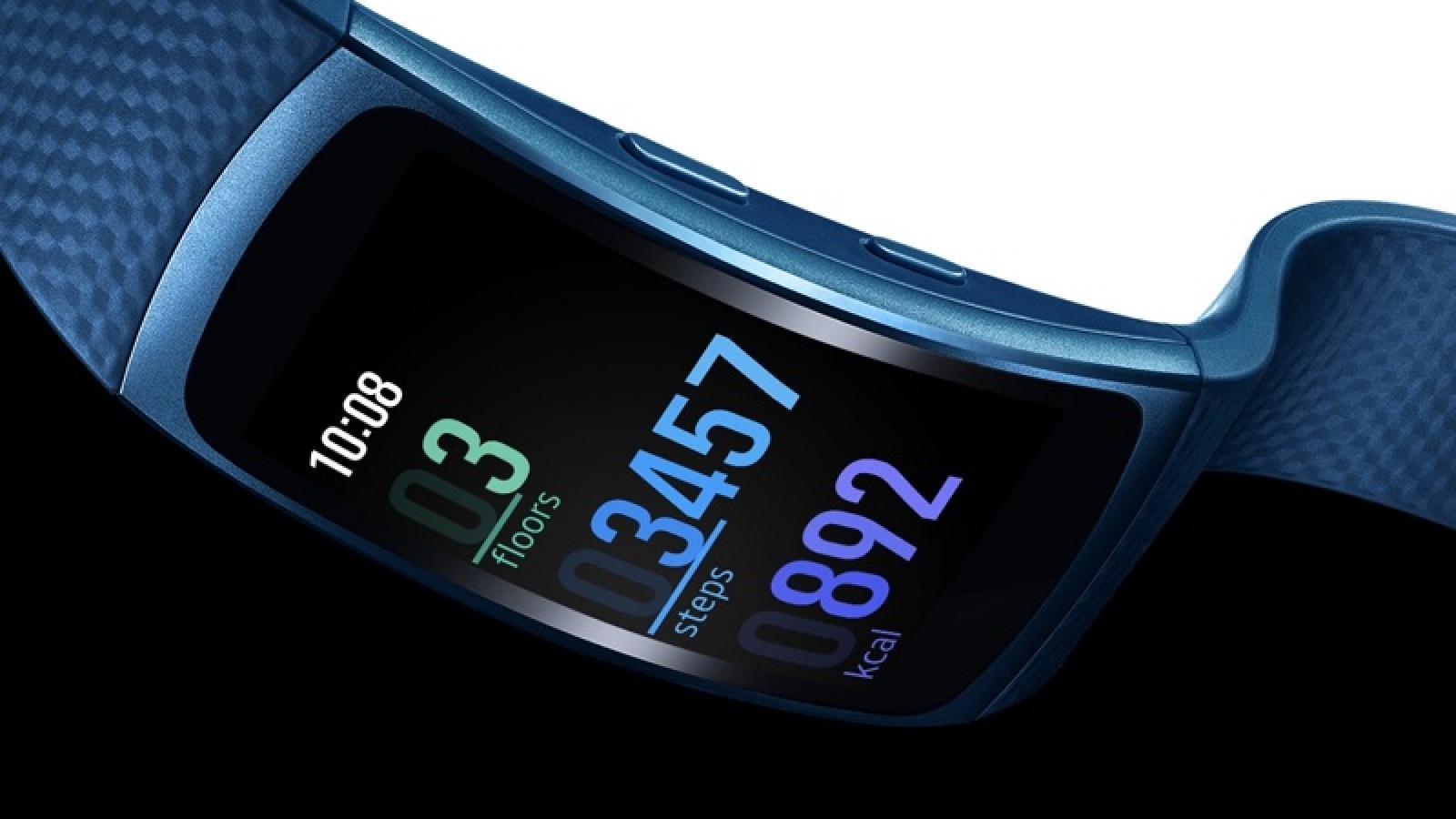 Two years have passed since Samsung launched its bracelet features smartwatch Gear Fit, which had an attractive design, comfortable and a curved screen that is adapted to the contour of our wrist, but now, after several rumors is official arrival of the new Gear Fit 2.

Gear Fit 2 maintains essentially that spirit of activity monitor, since the improvements that integrates are around a new interface based on Tizen, graphics and information that shows us all the time every detail of our exercise routine and new sensors which will give all this information accurately. 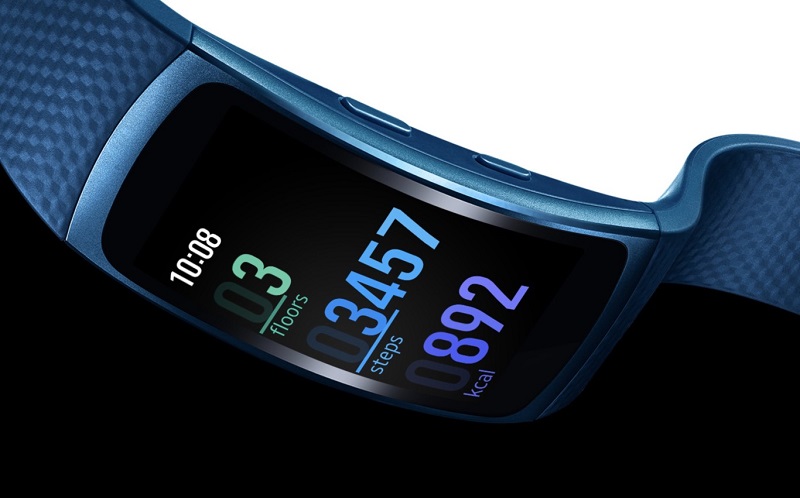 The first thing that jumps out of the Gear Fit 2 is its Super AMOLED curve reduces its size to 1.53 inches, a reduction hardly be perceived because it has been well resolved with a significant increase in resolution reaching up to 432 x 216 pixels, which makes the new interface based on Tizen bring us new features, menus and graphics that rely on the Samsung S Health platform.

Inside we find an Exynos dual-core processor at 1GHz, 512MB RAM and 4GB of internal memory, the battery is 200mAh and promises a range of up to four days on average use.

Of course we have everything we need to monitor our physical activity with a HRM sensor more accurate, barometer, accelerometer, gyroscope and finally integrated GPS that will give independence level bracelet, because we can use it without our smartphone at hand. 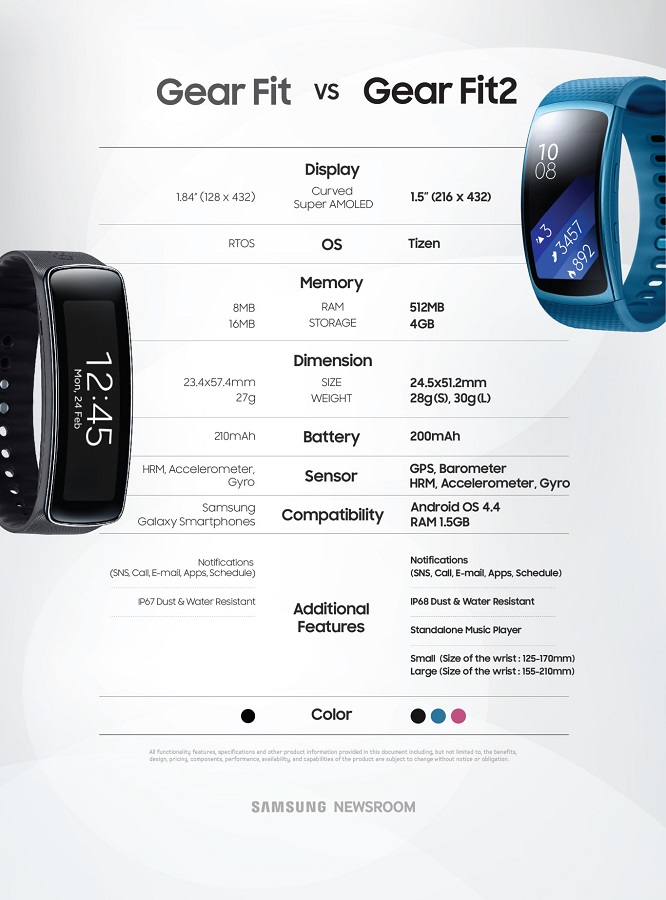 It is compatible with Android devices from version 4.4, provided they have at least 1.5 GB RAM, has Bluetooth 4.2 connection and also new certification IP68, making it dust – proof, water submersible to one meter deep for 30 minutes.

With the addition of Tizen as the primary operating system, the Gear Fit 2 will have compatible features with your smartphone, where we can answer and make calls; view and reply to messages, plus you can add music and listen via Bluetooth with its media player compatible integrated Spotify lists.

Finally, its dimensions are 51.2 x 24.4 mm and weighing 30 grams, as we see slightly increases in size, but according to Samsung this has been to increase the level of comfort and ergonomics.

The new Gear Fit 2 will be available in pink, blue and black colors, will go on sale next June 10 at a price of $ 179 in the United States and Korea, and is expected in the coming days its availability is announced for other regions.