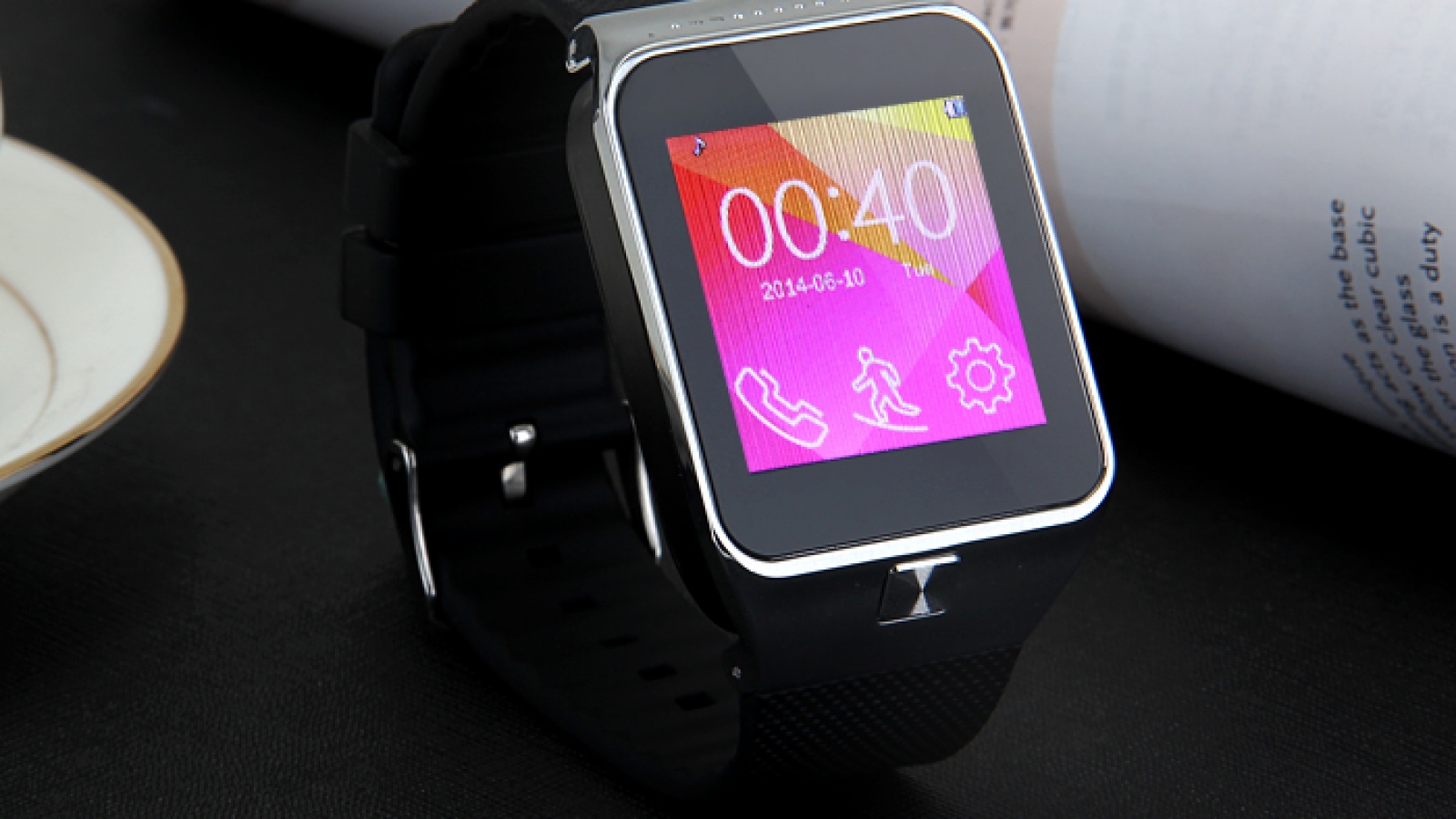 We took one Smartwatch from GearBest to give it to our readers, but first I wanted to get my hands on for a few days just to give an idea of the functionality and performance.

In addition to Smartwatch, in the box we find the user manual, earphones, USB cable and charger. The latter, unfortunately, has the power plug is not American and this adapter. However, it is rechargeable via USB via PC, but more about that later. 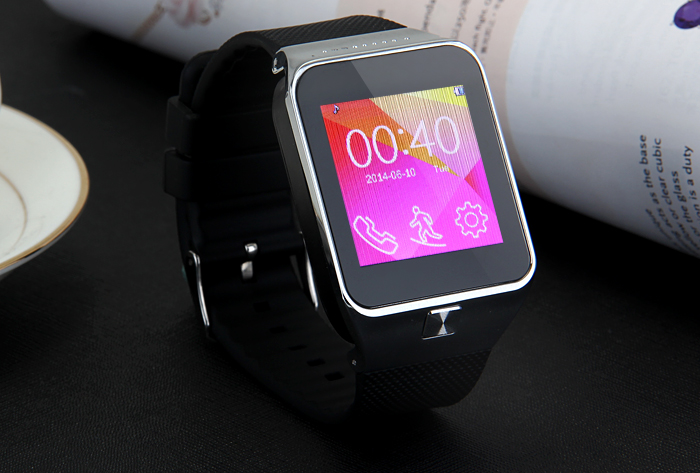 We start talking about the size of this Smartwatch: the dial, in millimeters, is long 46 (58 in total), 39 wide and often 12.5, a bit ‘too often to be honest; instead of the display is 1.54 inches with a resolution of 240p * 240p capacitive: not too small, but the edges are plentiful .. a slightly bigger display might have been more comfortable, but it is still a smartwatch and overall design is not It is not at all bad. Just below the display, there is a central multi-function button: lock / unlock the screen; switching on and off; home function. The left side is completely clean, right on the other hand we have the microphone and the connector to recharge the battery to insert earphones. At the top, finally, we find the speakers.

The strap is made ​​of silicon; the total weight approaches to 100g: is not the best of lightness, but it is not uncomfortable to carry around your wrist.

The internal memory of the phone is very limited, but in return we have a slot for microSD (up to 8GB) with next Micro SIM slot. The only sensor is mounted pedometer that basically does its dirty work. The heart rate monitor and the camera are unfortunately absent. The battery is 450 mAh.

The CPU, finally, is a MTK6260 which is run very well the system, on which I have never encountered a hitch. This unfortunately is not Android, then you can not install various applications. It is actually a small system with interfaces similar to those of Samsung Gear – even the startup sound reminiscent of Samsung – but which plays more or less native functions.About functions, we go to see them in detail

Honestly, the price (which we will see in the end) I was expecting much less! The thing that struck me at first glance is the touch that responds really well: on a scale of 1 to 10 I’d give it a 9 only because you cannot set a feedback to the touch. Even it is almost too easy to write with the QWERTY and, by the keyboard, we have more write mode: the QWERTY, T9 and gesture. T9 is the one that gives better writing experience but unfortunately lacks of the language; in fact, the whole system is English, although everything is very intuitive. Other languages ​​include German, French, Portuguese, Russian and Spanish.

Interface:  The display shows a locked analog clock with date, unlocking we will have access to the home, which is composed of the status bar, digital clock with date and 3 icons – at the bottom – for quick access to the dialer, pedometer and settings. In the menu of the notifications there are two tabs: the first just for network notifications, messages, missed calls, etc; the second one has 4 quick toggles to turn on / off Bluetooth, sound, airplane mode and manage the display brightness. The latter is not bad these days are not that there has been a lot of sun, but outside you can see quite well.

With a swipe – in any direction – from the home menu is accessed (applications) divided into 24 items, 4 to screen: the few customizations allow you to set different effects of the transaction between the transition from one screen to another.

I love how they interface well with the smartphone: the call log, dialer and other apps work with both the smartwatch that with smartphones. Communication takes place via Bluetooth and what happens on smartphones is immediately notified on smartwatch. If it comes to SMS can even respond to the latter, while other types of messages (see whatsapp, hangout, etc) you can only read them because there are no dedicated app. Through the dedicated application (downloadable via QR Code available on smartwatch) we shall decide which applications should be notified even on smartwatch and which are not.

Similarly, we also receive calls and then you can also reply directly from smartwatch! The sound is unfortunately not the strong point of this device is very low, while the microphone allows the other person to feel so clear and clean, even taking the smartwatch at some distance, another positive aspect that I would never waited.

Audio excluded, the phone part is really well done either with an integrated board and remotely, navigation definitely a bit less. Actually I have not even tested for two reasons: first the maximum connection is GPRS and the second thing, but not least, it would make no sense – at least for me – navigate on devices with display smaller than 2 inches!

However, what does not work very well, are the capture and playback of music remotely. Or, two applications of smartwatch that – respectively – should start the camera on the phone (and taking photos) and play music on the smartphone. The problem is that with the first camera sometimes starts sometimes not, with the second playback jerky. However the following video demonstrates the efficiency of these apps, so it may also be a problem of incompatibility with my phone.

Other nice features are the alarm clock that works well with the device switched off, the sleep monitor that assesses sleep quality or finding the phone that will ring if we do not find (similar function on the app from your smartphone). In the latter you can also set sound and vibration in case we stray too far from the phone, not to lose it.

Battery life is normal. With moderate use, Bluetooth active and connected to the phone cover two days and standby the battery drain is very low. The ‘problem’ may be recharged via the electrical current due to the lack of the adapter European. But you can overcome the problem with the USB cable and the PC, with which takes about two hours and a half / three hours to fully charge.

All in all the smartwatch like. What would make it perfect in my eyes would be thick and lower volume keys of which you might miss. A camera and the ability to install applications then would be the best, but for the price that would be asking too much. The quality / price ratio, finally, is honest enough.