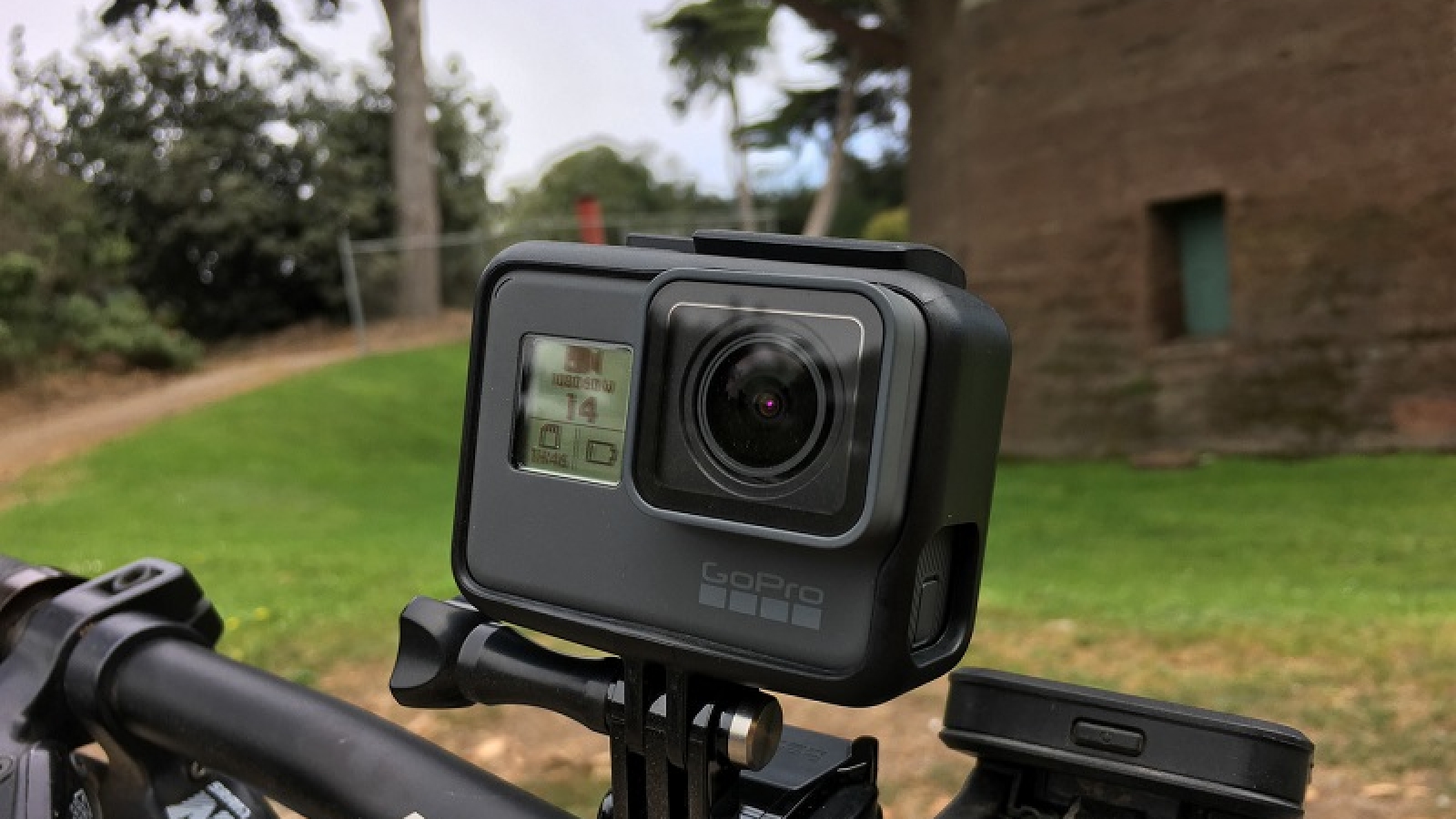 The action camera market is not what it used to be. When GoPro arrived it was alone and with this they created brand and identity, its name was synonymous with ‘action’ and its powerful camera became the standard of the industry. Time has passed and GoPro is no longer alone.

GoPro presented the new HERO6 Black, the renovation of its famous action camera, which seeks to catch up with the aim of continuing to dominate this complicated and growing market. We spent a few hours with the new GoPro HERO6 and then you can read our first impressions, where to see the full picture we will realize that it is not so much a renewal, but paints more to update.

If the design is not broken, do not fix it

The jump from the HERO4 to the HERO5 was very important in terms of design, as we passed to a waterproof and submersible body up to 10 meters without the need for additional accessories. In addition, it became lighter, easier to operate thanks to its touch screen and voice commands, as well as recording in 4K format. Well, the HERO6 is exactly the same as the HERO5, since the most notable differences are in the interior and its performance. 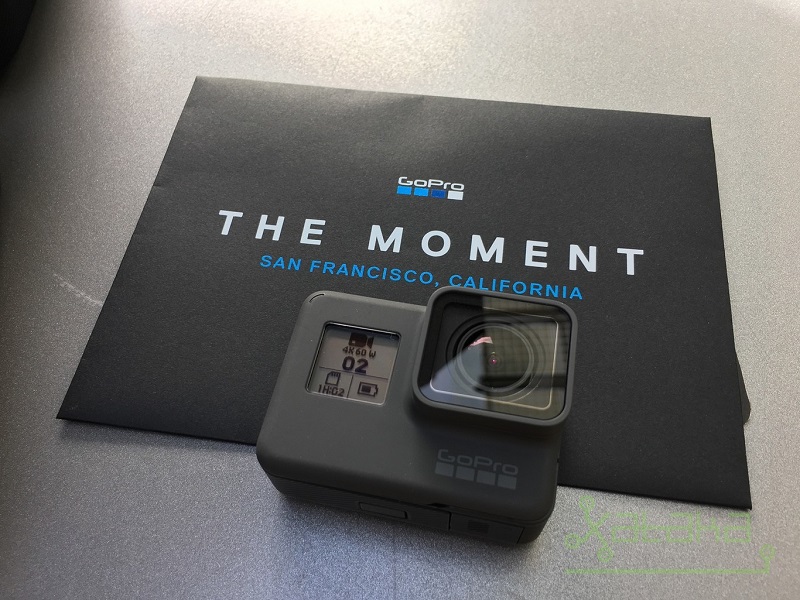 Broadly speaking it is a HERO5 with new possibilities, since the design is the same with the same characteristics. That is, the resistance is maintained, it is still submersible up to 10 meters deep, the 2-inch touch screen is the same and voice operation is still here.

In our first tests with the HERO6 we had the opportunity to use it in a couple of activities, in a bike tour and in a race in electric Go-Karts, this helped us to quickly know how to behave in this kind of situations. Its handling is wonderful, it is light, its rubber body with a rough finish makes it safe to manipulate with your hand, besides it supports falls even in the water. All this without needing to use protective casing.

From the touch screen we will have access to all the options of the camera, the interface is simple and the menus are displayed from the edges. The problem is that we are facing a screen of just 2 inches, which makes selecting some options is complicated, more for those who have big fingers, so it will be common to choose an option that we did not want. The interface is fluid in terms of navigation, but not on all occasions, because when we try to see photos and videos, especially at maximum resolution, is when we begin to perceive how it suffers and there is a certain lag.

The voice commands allow us to use the camera with hands-free. The bad news is that external noise can ruin the experience, because if we are in full motion, with a bike against the wind, no matter how much we shout, the camera will not listen to us. 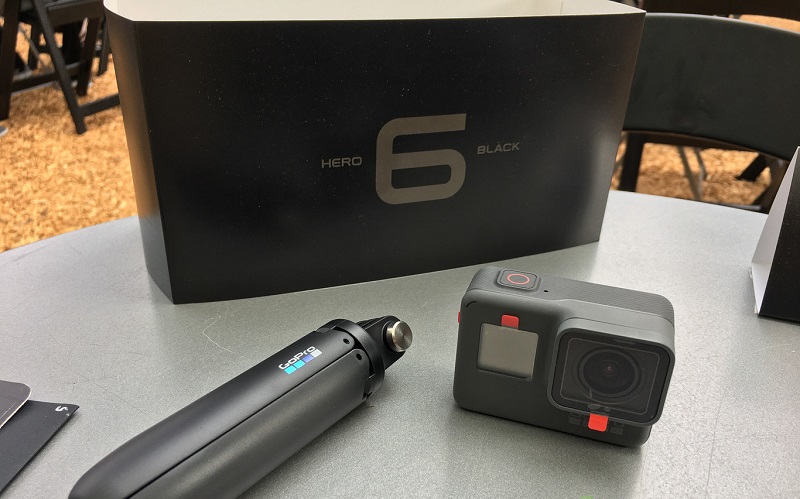 A very important point and that could mean an advantage for GoPro, is the incorporation of its new GP1 chip, which has been designed to measure to take advantage of the functions of the camera. According to GoPro, thanks to this chip the HERO6 is twice as fast as the HERO5, and if we measure it by the speed of capture of photos and the speed in starting to record after being at rest, it is true, however, that Do more in-depth testing to see if it’s in all cases.

Another advantage that incorporates GoPro in the HERO6 is the WiFi connection over 5GHz and Bluetooth, which are connected simultaneously to our smartphone, either iOS or Android. The goal of this is to use WiFi to transfer photos and video quickly, while Bluetooth keeps the connection at all times and saves energy in the camera.

Yes, 4K at 60fps, but with sacrifices

The main battle arguments of the new HERO6 are its new resolutions and capture speeds, where we premiere 4K at 60fps and 1080p at 240fps. Yes, they are good options, however when using them we will have to abandon other features, for example, in 4K at 60fps we will not have any type of stabilization and the optics will remain at wide angle, in addition to the files being saved under the HEVC codec (H.265), which is an advantage to occupy half the size, but not all devices are compatible to reproduce it.

You may also like to read: Nikon D3400 introduces Snapbridge in the input range DSLR: Wireless phone connectivity

The same happens when recording in slow motion at 1080p at 240fps, we abandon the stabilization, we will only have the option of recording with wide angle and the files will be HEVC. Also, if we want to record at a speed of 120fps we can only do it at 1080p, although here the file will be saved under H.264. 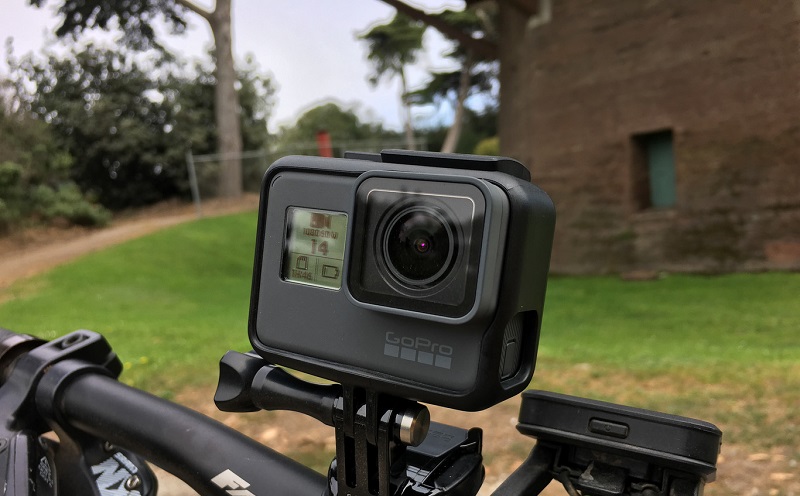 The new star of GoPro is applications

A year ago, with the launch of HERO5, we got to know the Quik Stories smartphone application, which sought to be an editing platform so that anyone could edit their videos and share them on social networks. At that time we remained to duty, since the app was slow, took hours to edit and transfer the contents of the camera to the mobile, in addition to the results left much to be desired. Well GoPro has put the batteries and Quik Stories is now that essential piece for the owners of a HERO camera.

GoPro says that this new update of Quik is up to three times faster than the previous version, and the truth is that extremely fluid, you can work with several videos and photos at the same time to join them and thus create a single video with effects and ready music to share in a wide range of online services.

Obviously Quik is not perfect, since we can only create videos in landscape format (16:9) and square (1:1), that is, there is no option 9:16 for Instagram Stories. Another point to improve is the transfer of photos and videos from the camera to the smartphone automatically, because for some strange reason you get to skip some files and you have to do it manually. Also, the issue of the files under HEVC means that we can not take advantage of its full potential, since in my case with an iPhone 6s, they are not compatible and I could not use them in Quik Stories.

Finally, being a free application we have to put up with the logo at the end of each video. Here it would be great that there was an option to pay to be able to eliminate it, since the options of the application are really fantastic to have to endure that closure. 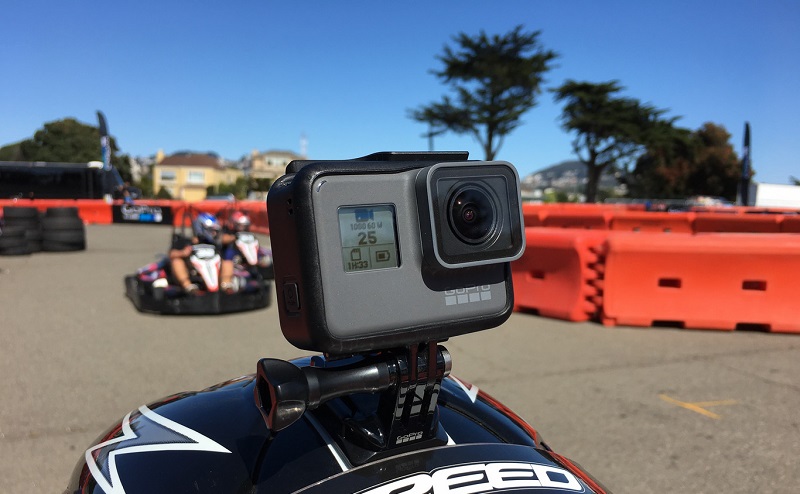 HERO6 Black, only for the fans of GoPro

The truth is difficult to justify the 499 dollars of the HERO6 before the 399 dollars of the HERO5, more when the new camera does not arrive with very eye-catching novelties and everything is limited to making more agile what we had in the previous generation, except the jump in the speed of recording that will be a very important point for some.

Although there are pending issues that we will review in their respective in-depth analysis, the HERO6 is ideal for those seeking to make the leap from the HERO4, although if they do not want to spend more money the HERO5 is still a great option. And that is the main problem, that the HERO6 wants to replace an excellent camera as it was (and still is) the HERO5, so we believe that there are no compelling reasons to see it as a true renewal.

It is true that this HERO6 is the best camera that has made GoPro, but it is also true that today there are other options in the market with better features and prices, so GoPro should adjust its strategy before its famous camera is seen exceeded and overcome without mercy.