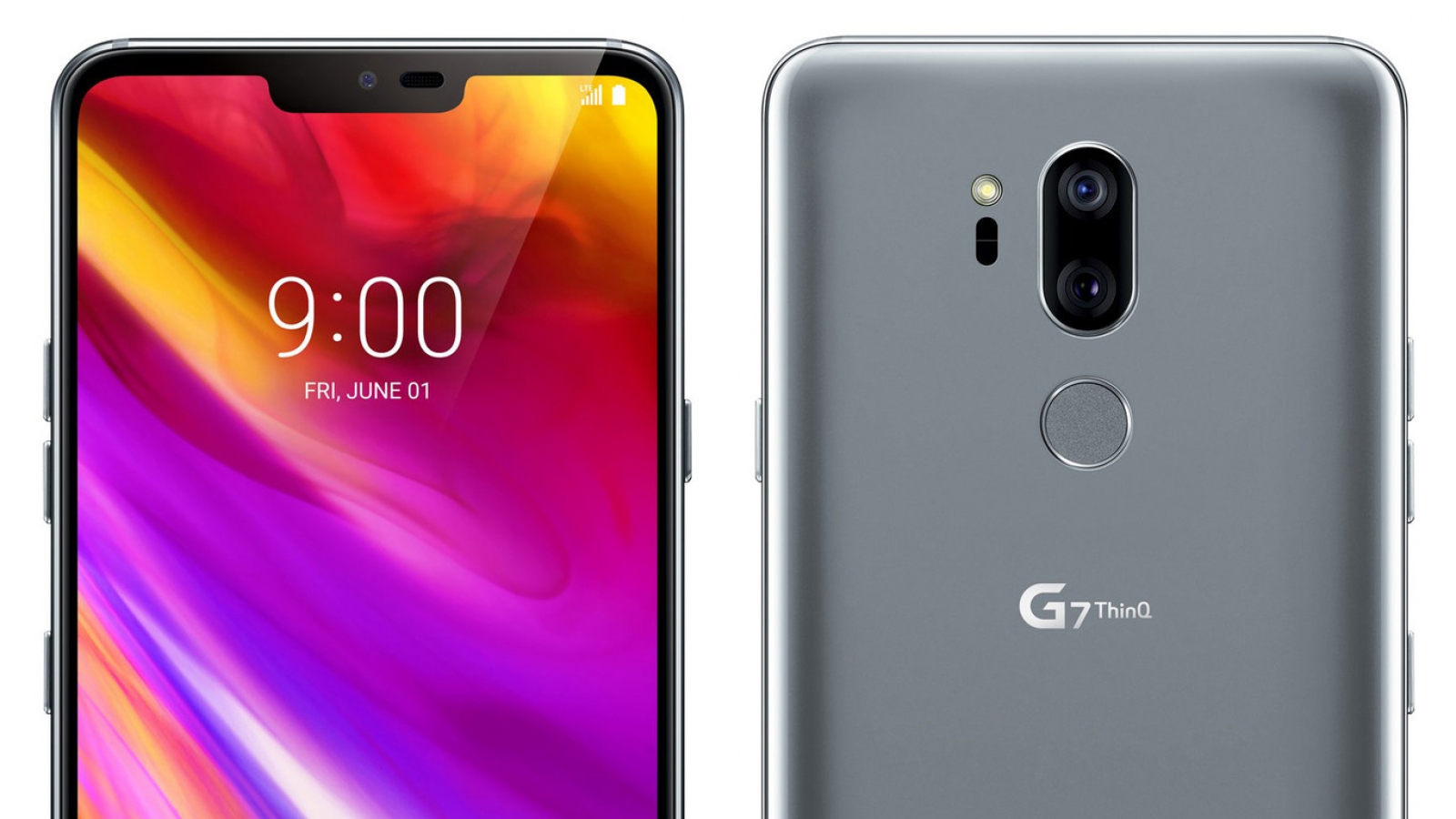 As we expected, the arrival of the LG G7 ThinQ does nothing but stoke the battle to position itself as the best photographic mobile phone of 2018. The South Korean brand has endeavored to explain to us in some detail what its strengths in this section are, that the has. But, even so, beating rival smartphones like Huawei’s P20 Pro, Google’s Pixel 2 XL or Samsung’s Galaxy S9 +, which are undoubtedly three of the most outstanding contenders, is not a simple task at all.

The G7 ThinQ comes with artificial intelligence as one of its differential values, a feature it shares with the V30S ThinQ, hence both smartphones display the same “last name”. However, despite the fact that these two mobiles are currently positioned at the top of the LG portfolio, there are some differences between them that are worth deepening, and that, on paper, could place the new terminal of this brand one step ahead of its predecessor in the strictly photographic section. Let’s see what the G7 ThinQ holds.

The most obvious difference between the G7 ThinQ and the two smartphones that until now were placed at the top of the LG range is the location of the rear dual camera. The terminals V30S ThinQ and G6 have the two cameras placed in horizontal distribution if we hold the smartphone vertically, while the G7 ThinQ incorporates them forming a vertical line, as you can see in the photographs that illustrate this article.

And just below them is the biometric fingerprint reader (when we test it, we will check if the distance between this sensor and the cameras is the appropriate one). With this design decision LG follows the trail of manufacturers such as Samsung or Huawei, which have also opted to locate the cameras of their smartphones in vertical distribution.

Both cameras incorporate a sensor of 16 Megapixels, but at an optical level between them there are important differences. One of them, the wide angle type, integrates an optic with aperture f / 1.9 and a catch angle of 107 degrees, while the other has an optic with aperture f / 1.6 and a standard angle of 71 degrees. On paper both cameras have enough openness to perform well in scenes with little ambient light, but it is something that we can only corroborate when we thoroughly test this smartphone. 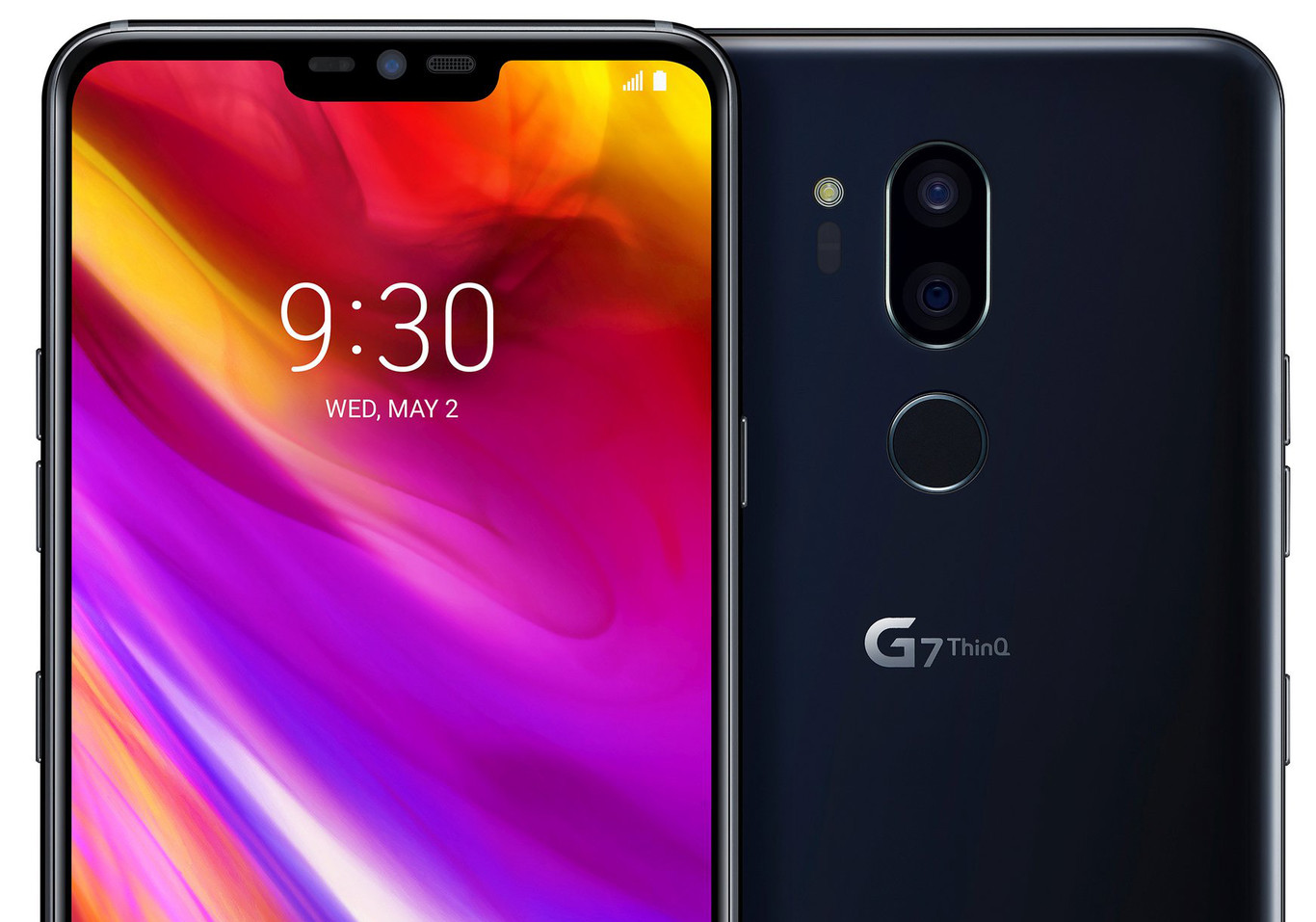 An interesting fact worthy of attention is that, according to LG, the wide-angle camera of the G7 ThinQ generates less distortion at the edges of objects than the cameras that have the previous terminals of the brand. Of course, we will check it when we analyze this mobile phone, but if confirmed, this improvement would reveal that the lenses used in the optics of the camera have more quality than their predecessors.

A capture scenario that LG engineers seem to have paid special attention to is that which captures the photographs taken in low light conditions. According to the brand, the Super Bright Camera technology uses pixel binning and a specific processing algorithm to capture images with a greater level of detail and less noise when light is scarce.

The pixel binning technique, which we can translate quite freely as “dump or union of pixels”, consists of using the information collected by several sensor photodiodes to generate a single pixel of the resulting image. This strategy, logically, results in a reduction of the effective resolution, and also reduces the focal distance (although its impact on a smartphone is debatable), but it has an important advantage: it increases the effective sensitivity, a trick that can favor the taking of captures with low noise level in environments with low ambient light.

ThinQ: This is the role of artificial intelligence in photography 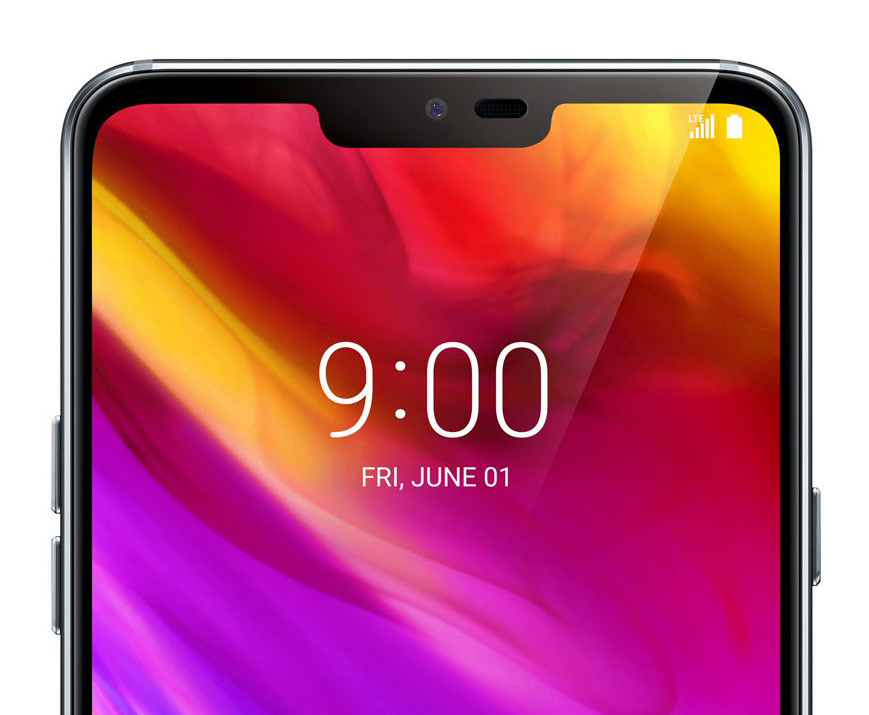 LG has also insisted that the artificial intelligence implemented in the new G7 ThinQ is more advanced than the version we had occasion to test in the V30S ThinQ. AI CAM now collects a total of 19 capture modes compared to the eight with which this last smartphone. And this is where the artificial intelligence that LG has developed comes into play, which, on paper, should be able to recognize a large number of patterns (animals, fruits, flowers, sunrises or sunsets, buildings, etc.) with the objective to propose the ideal capture parameters.

This is something that we have already seen in other mobile phones, such as the V30S ThinQ of the same LG or the P20 Pro of Huawei, but not all smartphones have the same ability when adjusting the exposure, so there may be differences important among them, despite using a similar philosophy. And, of course, if the capture parameters proposed by artificial intelligence do not convince us, for whatever reason, we can activate one of the three additional effects contemplated by the G7 ThinQ software.

An interesting shooting mode with this smartphone is Live Photo, which starts the capture a second before we activate the shutter, and concludes a second later to, thus, allow us to photograph the object we are capturing before and after that instant. This benefit is curious because it can help us, if, for example, we are taking a portrait, to obtain a more relaxed expression of the person we are photographing.

On the other hand, the new portrait mode that has the G7 ThinQ, according to LG, is capable of generating a more homogeneous background blur (bokeh) and a higher quality, if we compare it with the blurring of previous terminals of the signature. In addition, the South Korean brand has emphasized that this improvement is available whether we use the wide-angle camera as standard, which can give users a very interesting creative options.

LG has not forgotten the front camera

The popularity of selfies has made the front camera for many users as valuable, or even more, than the rear cameras. And LG a priori seems to have done his homework. The front camera of the G7 ThinQ has a sensor of 8 Megapixels (3 Megapixels more than the V30S ThinQ), an aperture of f / 1.9 and an angle of catchment of 80 degrees. The increase in resolution should offer us a greater level of detail, although this parameter is important to weigh against the size of the sensor because an increase in resolution can also lead to an increase in the noise level if the sensor does not increase its physical size.

LG G7 ThinQ: Has its tricks, but beating some competitors will not be easy

On paper, the photographic features of this new smartphone look very good. The improvements that LG seems to have introduced in the optics of the three cameras should allow us to obtain captures with a greater level of detail and fewer aberrations. In addition, artificial intelligence seems more precise and flexible than that implemented in the V30S ThinQ, which is also interesting. However, we still have to check to what extent the AI is consolidated as a differential value compared to the terminals of other brands that lack this feature.