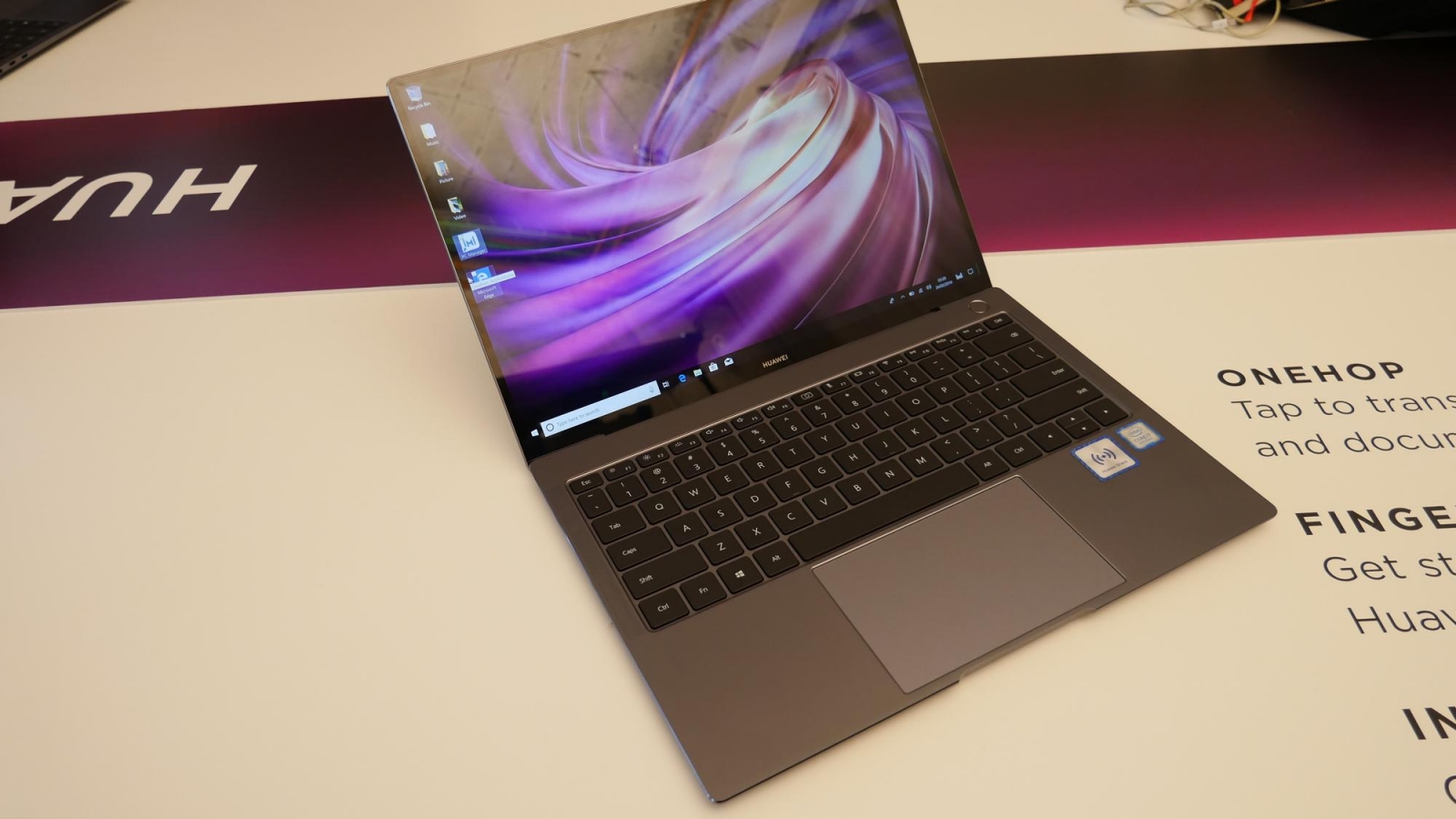 Updated design, even more extensive screen-frame ratio and instant sharing of images, videos and documents. These are the characteristics of the new line-up of laptops, Pro and not, Huawei.

Huawei has been on the notebook market right away with good products and sophisticated solutions, such as the screen-frame ratio of the first Huawei MateBook X Pro and the hidden camera between the keys of the keyboard. The company stated that in 2018 the specific division has grown four times in terms of volumes compared to 2017 and, based on the success obtained, has launched a new variant of Huawei MateBook X Pro, with some slight changes in the design, a new way of sharing, and more power.

Huawei MateBook X Pro implements a rear body with an extremely reduced profile, with a thickness of only 14.6 mm and a total weight of 1.33 kilograms. The body was built, according to the company, with “extreme” precision using a metal monocoque. The first thing that immediately catches the eye is the new logo with a glossy finish on the back, simpler and cleaner with the abandonment of the lotus flower that has always distinguished the company’s laptops. 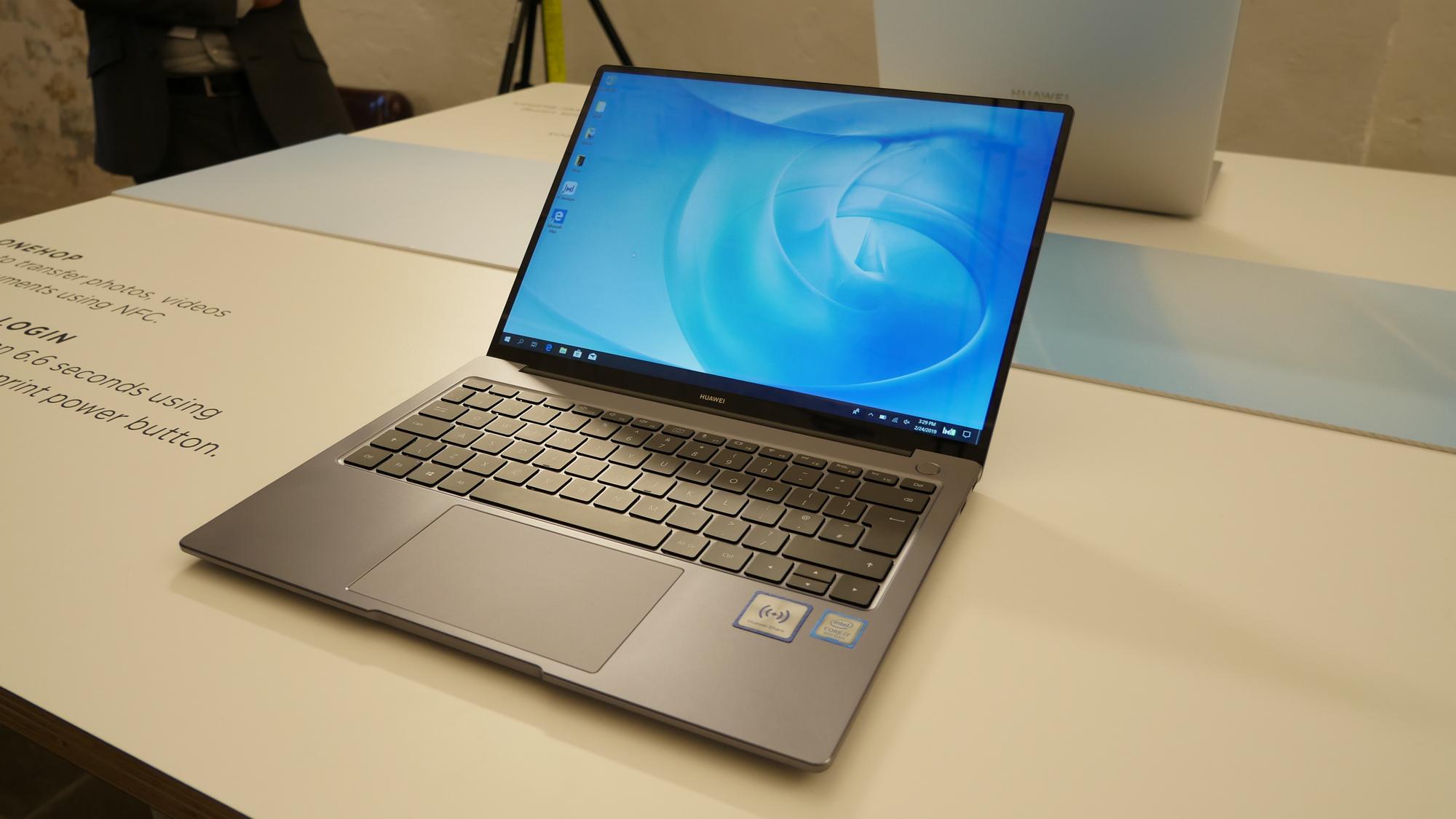 Great news of the new model is the presence of an updated display with a wider screen-frame ratio than the last generation, equal to 91%. The result has been achieved once again thanks to the integration of the “pop-up” camera: by pressing one of the keys on the keyboard, in fact, the camera module only comes out when actually needed. This prevents any possibility of tampering by malicious users, who cannot exploit any software bugs to steal information from the webcam.

The display is a 14″ touch LPTS with a resolution of 3000×2000 pixels, with a 3: 2 aspect ratio and a pixel density of 260 PPI. It supports the input with the fingers and can boast a 100% coverage in the sRGB gamut, a brightness of 450 nits and a contrast ratio of 1500: 1 Among the new features we also have a new Intel Wireless-AC 9560 Wi-Fi adapter that allows you to double the data throughput of 867 Mbps of the original model up to a maximum of 1733 Mbps. Among the connectivity solutions we also have a good choice of “physical” ports.

These include a USB Type-A port, and two Thunderbolt 3 USB Type-C connectors capable of transferring data to a theoretical maximum of 40 GB/s, and there is also a 3.5mm audio jack. Under the thin metal frame we have an eighth-generation Intel processor, up to the Core i7-8565U model, supported for graphics calculations by an NVIDIA GeForce MX250 with 2 GB of dedicated DDR5 RAM, mainly useful in photo-editing and video- editing, or for all those applications that rely on hardware acceleration via GPU. 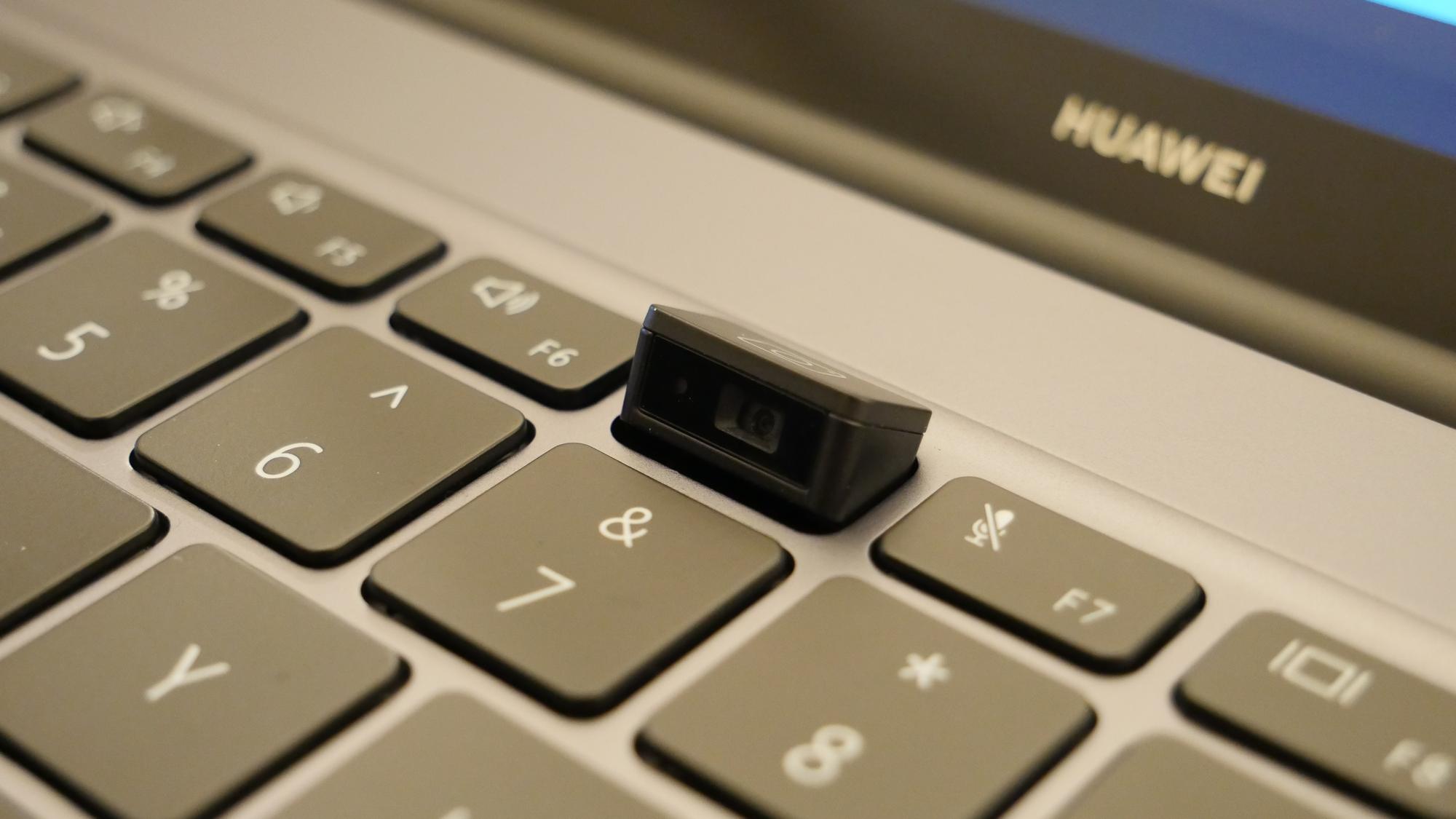 Compared to the previous MateBook X Pro we also have a renewed system for dissipation that boasts an efficiency of more than 20%. A fingerprint sensor is also present inside the power button, and works in synergy with a security chip independent of all the other electronic components integrated in the notebook. Finally, hardware side, we have a four-speaker design with a division of frequencies between the various components: then some will be delegated to reproduce the low and medium frequencies, others only and exclusively the highs.

The new MateBooks also use an ultra-fast system for sharing any content with a smartphone using existing technologies such as NFC and WiFi. Approaching the smartphone to the NFC module, it is possible to activate a direct WiFi connection between smartphone and notebook: in this way it is possible to share images, videos, documents, or even copy and paste text almost instantly, with a speed of transfer rate of 30 Mbps. And there is also the possibility to record the contents of the PC screens and share them with a tap with the smartphone for a maximum duration of 60 seconds. The feature is called Huawei Share OneHop, and is compatible with smartphones that use EMUI 5 or later. Among the software features we also have a feature that allows you to save a screenshot with a three-finger swipe from top to bottom on the screen. 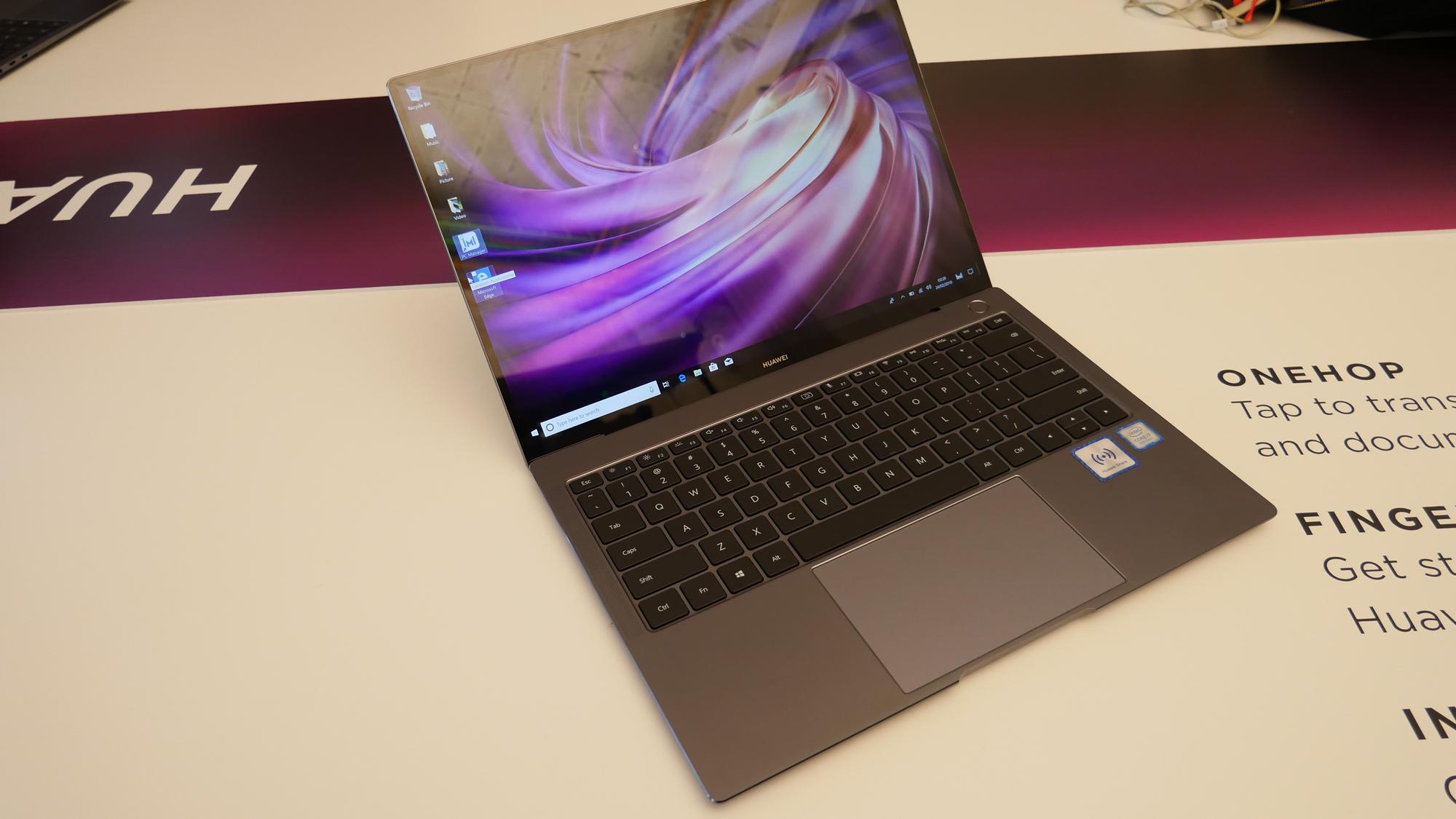 Huawei has also announced the availability in market of Huawei MateBook X Pro 13 in touchscreen version, and Huawei MateBook X Pro 14, with a 90% screen-frame ratio, a pop-up camera and a 14″ display with a resolution of 2160X1440 pixels, therefore with an even aspect ratio it is 3:2. Also in this case we find processors up to Intel Core i7-8565U, but combined with a 57.49 Wh battery that should guarantee a longer autonomy, equal to 15 hours in video playback. Pro design changes, which has larger dimensions, and the availability of ports: here we find a USB 2.0, a USB 3.0, a USB Type-C, an HDMI and a 3.5mm audio will also be present on non-top models of range the Huawei Share OneHop function.