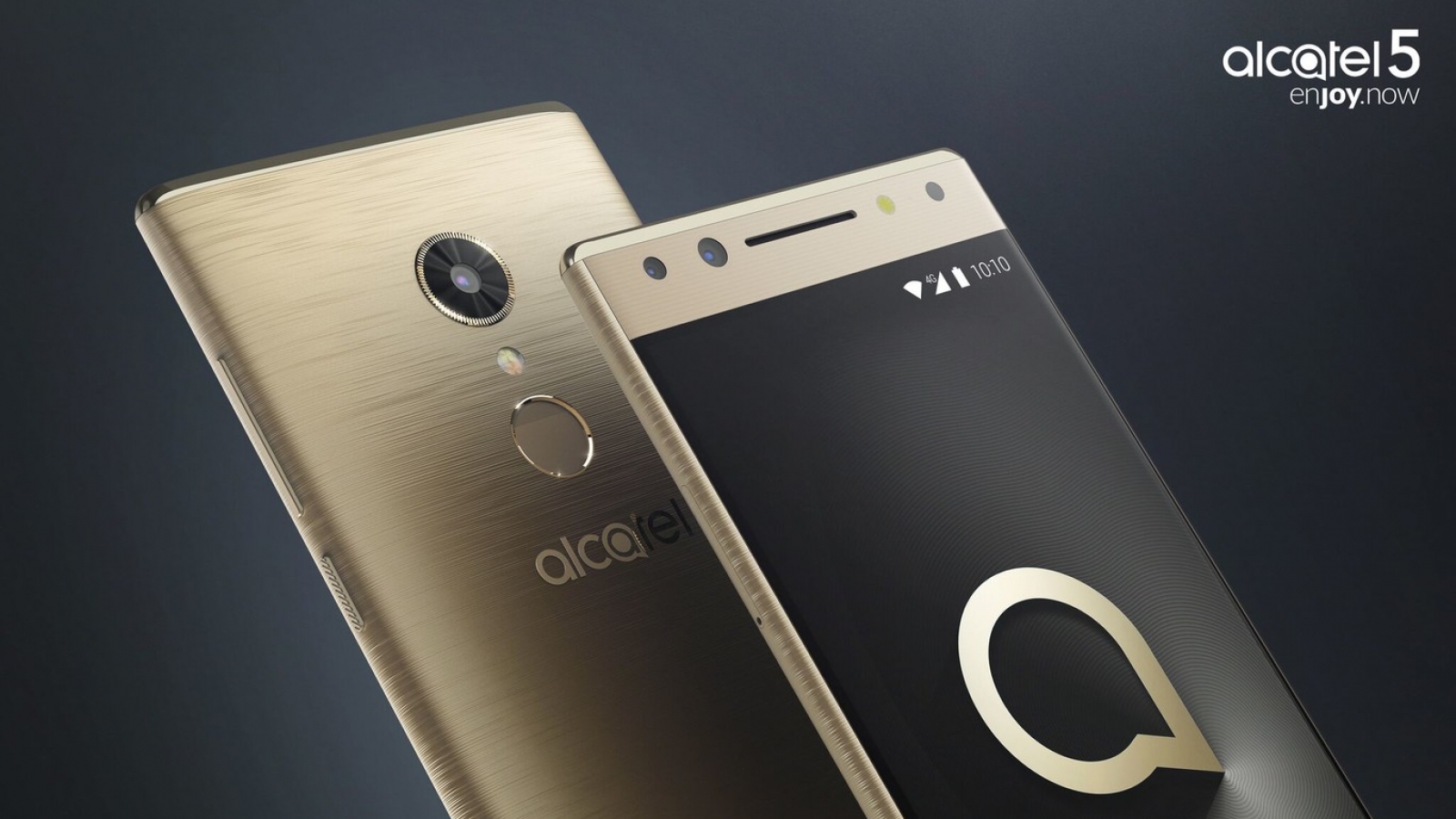 After having let us take a first look during the past CES 2018, TLC-Alcatel has definitely presented all the data of its new Alcatel 5 in one of the first Keynotes of this Mobile World Congress of 2018. It is a mobile that wants to position itself above the high range, and all with the most content possible price.

The new flagship of the manufacturer has been accompanied by the other two that also showed in Las Vegas, the new Alcatel 3 and 1. These are two phones aimed at the input range, but they will share some characteristics with their older brother, such as the proportion of the screen or the fingerprint sensor. 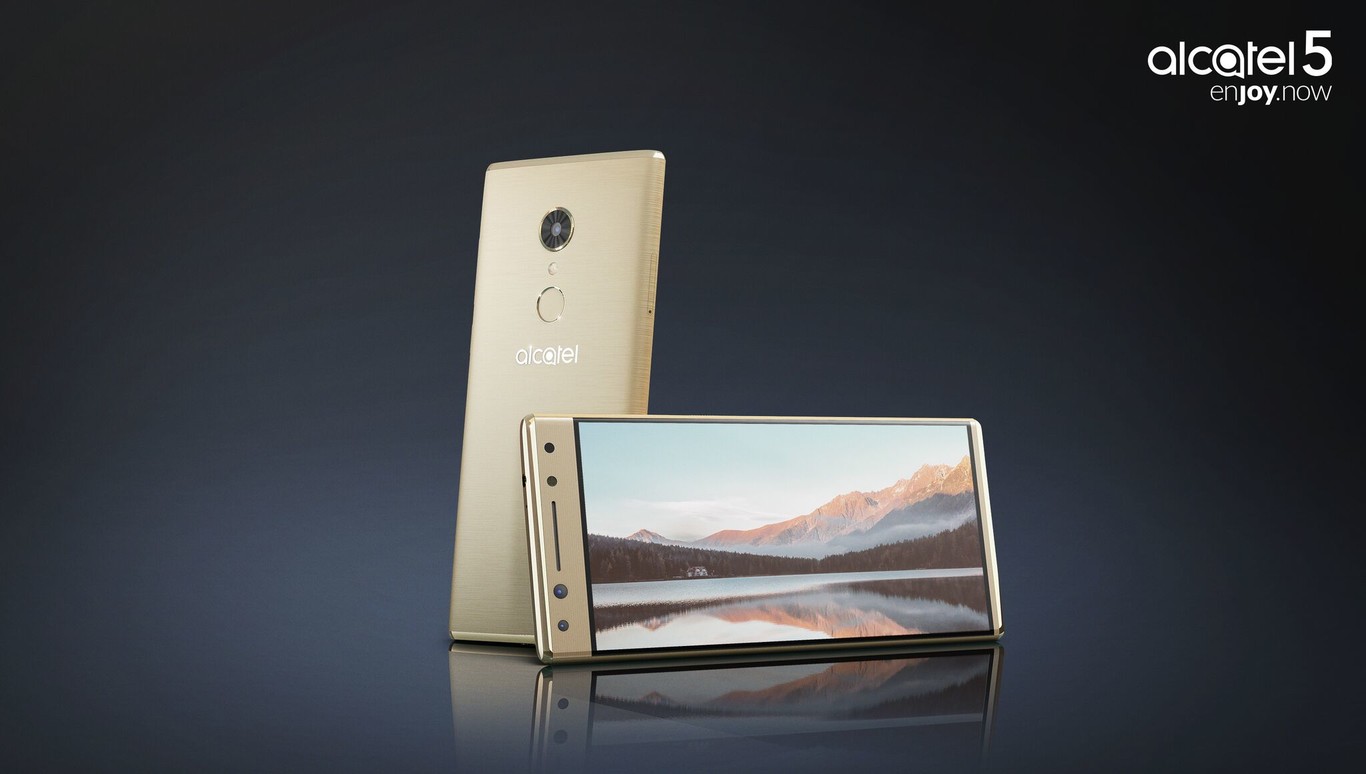 In the technical sheet of the new Alcatel 5 we can see some of the features that will mark all of its new generation of devices, such as the commitment to the Alcatel FullView 18:9 screens. It also draws attention to its configuration of cameras, since contrary to what most manufacturers usually do, it has put only one in the back but two in the front. 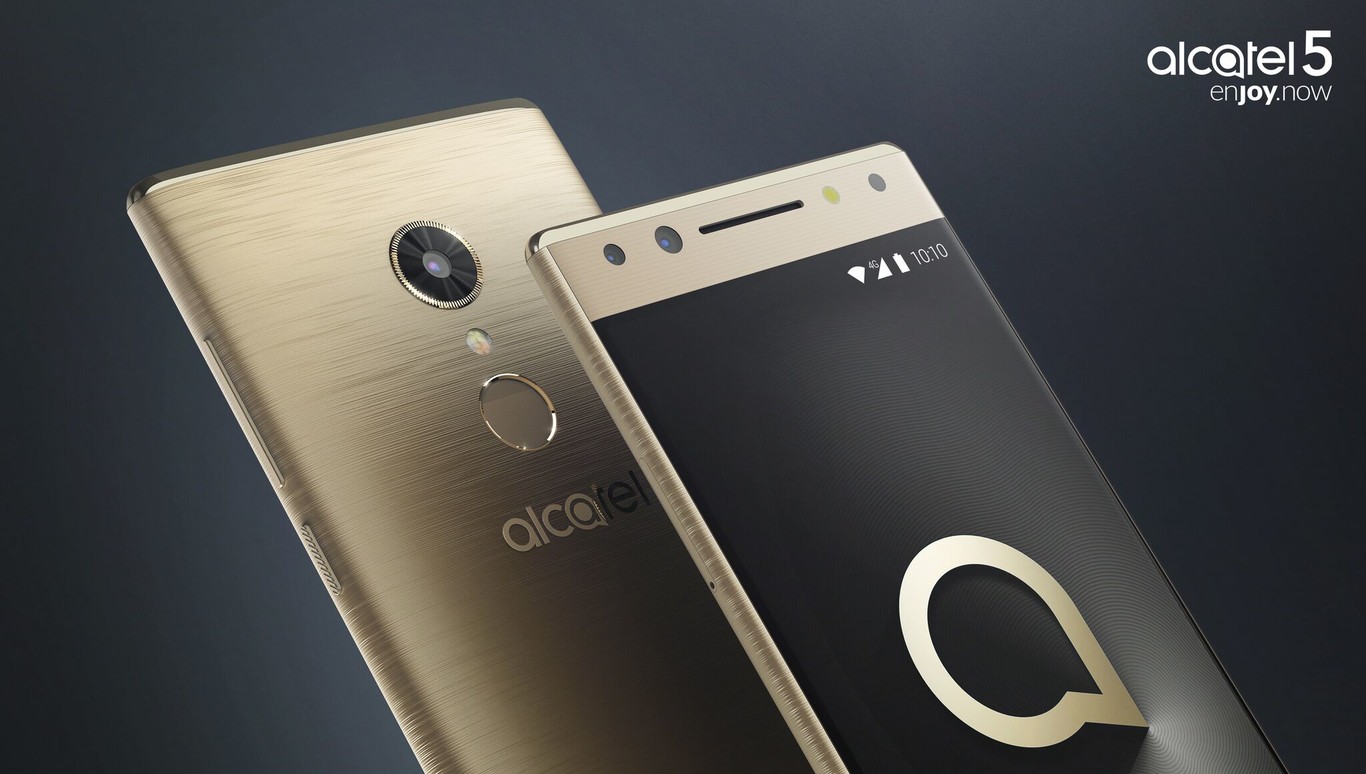 The Alcatel 5 is a device that tries to place itself in the category of premium mid-range both for its design and characteristics. An example of this attempt is in the front, where they try to convey a sense of reduced frames. However, they do it in a somewhat peculiar way, with an ultra-thin lower frame, but a much wider upper one. In total, the ratio of the screen is 77.4%.

This wider upper part and the risky bet on asymmetry have a reason for being, that of allowing the sensors to be located and giving space to the double front camera. Indeed, this is another of the distinctive features of the mobile, putting all its double-chamber muscle in the selfies, accompanying the double sensor with a 120° vision amplitude and LED flash, while leaving a single rear camera for the rest of Photographs. We will have to test it thoroughly to see how this play has gone.

To the photographic commitment the so-called Social Mode is added, a system of editing tools to do as they say the funniest photographs. It also includes FaceKey, a facial recognition system to unlock the device by scanning your face in more than one hundred data points. You have to try both things to see how much they actually give of themselves.

Ahead, the device has an IPS panel of 18:9 and 5.7 inches with FHD resolution of 1440 x 720 pixels. As for the back, it is finished with a brushed and unibody metallic body, rounded edges. Both the rear camera and its fingerprint reader we find rivets with silver touches to match the logo.

Continue Reading: The smartphone is looking for its next revolution, users are taking longer to change their mobile phone

In spite of the rumors that there was a few weeks ago of a possible jump to Qualcomm, finally Alcatel has bet again by some MediaTek processors. In this case it is an MT6750 with eight Cortex-A53 cores, four at 1.5 GHz and another four at 1 GHz. It will be accompanied by 3 GB of RAM that should be sufficient to avoid problems with open applications.

In the internal storage will have to be satisfied with “only” 32 gigas, although expandable by MicroSD. It will have the Android operating system Nougat, surprising that they have not arrived with Oreo, a 3,000 mAh battery, a rear fingerprint reader, NFC, the indispensable GPS, 4G, Bluetooth and WiFi, and a USB type-C connector. 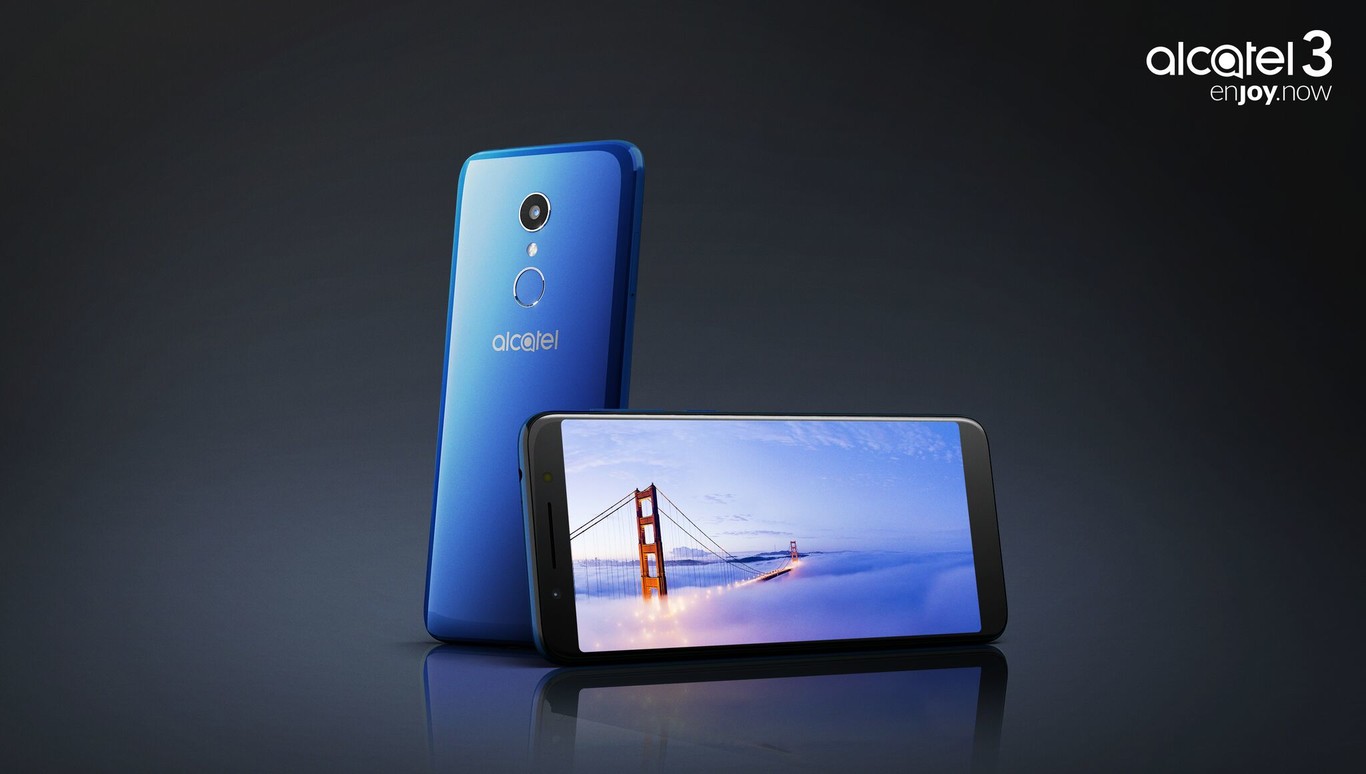 Alcatel has also introduced several models of the new series 3 and 1. The Alcatel 3 series include a HD + screens of 1440×720 and a ratio that is also 18:9, with a processor MediaTek MT6739 quad-core, and rear and front cameras of 13 and 15 megapixels with flash. The operating system is Android 8.0 Oreo, and has 2 GB of RAM and 16 gigabytes of internal storage, with 3,000 mAh of battery.

The series has 3 different models. On the one hand is the Alcatel 3 with a 5.5-inch screen. Then we have a Alcatel 3X with IPS screen of 5.7 inches HD +, 3 GB of RAM and 32 GB of storage, and dual rear camera with super wide angle. Finally there is the Alcatel 3V with 2 GB of RAM and 16 storage, 6-inch screen with 2K resolution of 2160×1080, and dual rear camera capable of processing the claimed bokeh effect in real time. 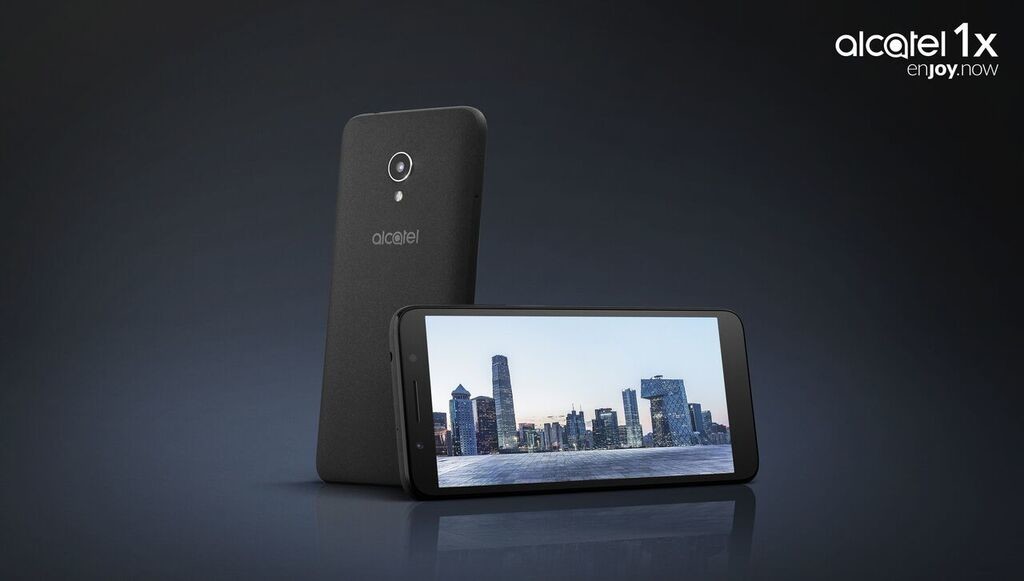 Then there are the Alcatel 1 series destined to the input range. On the one hand, there is the 1X model with a 5.3-inch 18: 9 screen and a 13-megapixel rear camera. It will have a MediaTek 6580M processor with four cores, 1 GB of RAM and 16 GB of internal storage, with front and rear cameras of 5 and 8 megapixels. It has LTE connectivity, and it will be one of the first phones to use Android Oreo Go.