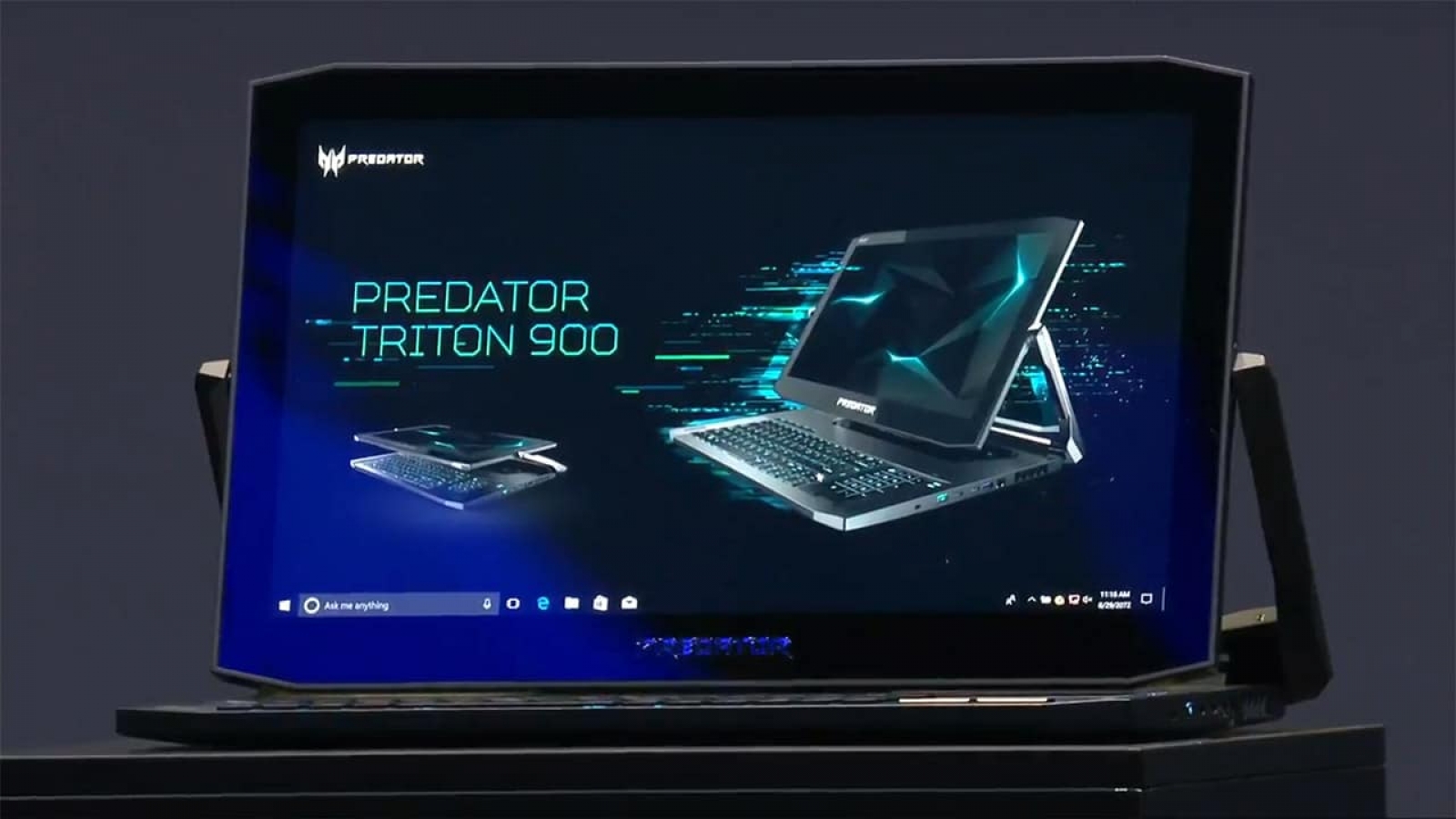 In the Acer gaming laptop section has presented the Predator Triton 900, a gaming laptop in an original form factor, with new innovative design features, which comes with the new NVIDIA GeForce RTX 2080 GPU, and the all-metal Predator Triton 500, 15 inches with only 17.9 mm (0.70 inches) thick and weighing 2.1 kg (4.6 lbs.). 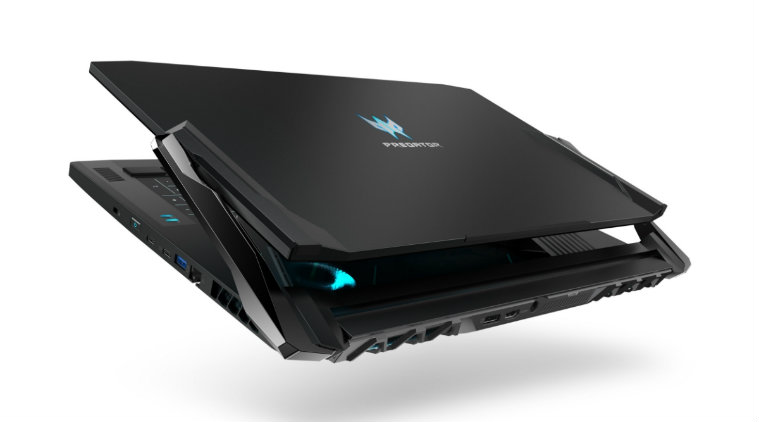 Thanks to the incredible advances in design and engineering, the redesigned Swift 7 adapts to the latest technology in a chassis that is significantly smaller than its predecessor is. It has a narrow four-sided bezel design with bezels measuring only 2.57 mm2, which dramatically reduces the width and depth of the notebook to only 317.9 mm W x 191.5 mm. D (12.51 W x 7.53 D inches) for a surround screen, almost complete. Like its predecessors, it is still incredibly thin and light, measuring less than 1 cm thick at 9.95 mm (0.39 inches) and weighing less than 1 kg in just 890 grams (1.96 pounds). Designed for portability, it is made with magnesium-lithium and magnesium-aluminum alloys, two to four times stronger than standard aluminum alloys with the same thickness, but up to 20 to 35 percent lighter to keep the laptop for under 1 kg.

The 14-inch Full HD 1920×1080 touch screen with IPS technology is very durable thanks to a layer of Corning® Gorilla® Glass 6. This is coupled with an eighth-generation Intel® Core ™ i7-8500Y processor, up to 512 GB of SSD storage Fast PCIe, up to 16 GB of LPDDR3 RAM, 10 hours of battery life and extensive connectivity options. 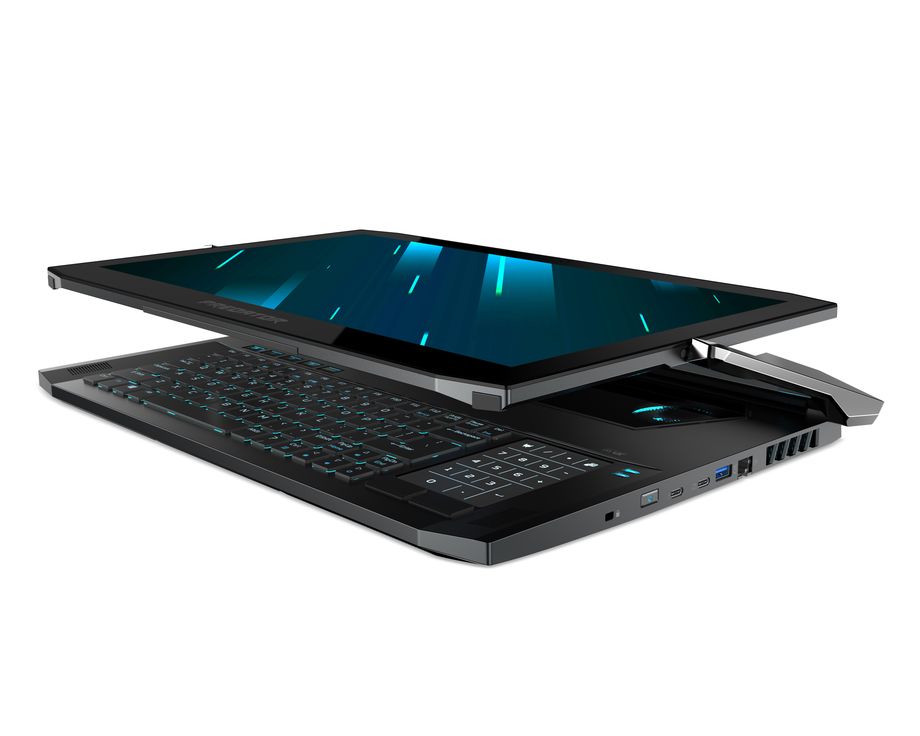 For its part, the Acer Chromebook 315 is powered by 7th generation AMD Series A processors with Radeon graphics for a fast and efficient computing experience in two configurations; with either the AMD A6-9220C APU or the A4-9120C APU in a chip system design. The new AMD A-Series processors for Chromebooks allow customers to stream videos, run the latest applications, play web games and surf the Internet effortlessly for up to 10 hours1. In addition, the Acer Chromebook 315 supports millions of Android applications on Google Play ™ for entertainment, productivity, connectivity and more.

The Predator is a powerful Acer gaming laptop

The Predator Triton 900 features a CNC machined Ezel Aero Hinge ™ hinge that rotates, extends or reclines the 17-inch screen. Users can switch between four modes of use: screen mode to share the screen with friends during game sessions; Ezel mode to play on the touch screen; notebook mode for traditional gaming scenarios and tablet mode, which allows you to effectively convert the Triton 900 into a gaming tablet or use creation tools. The Triton 900 series trackpad is placed next to the keyboard, which gives users the natural placement of their hands to play with the keyboard and trackpad. It is also incredibly thin, with only 23.75 mm (0.94 inches). 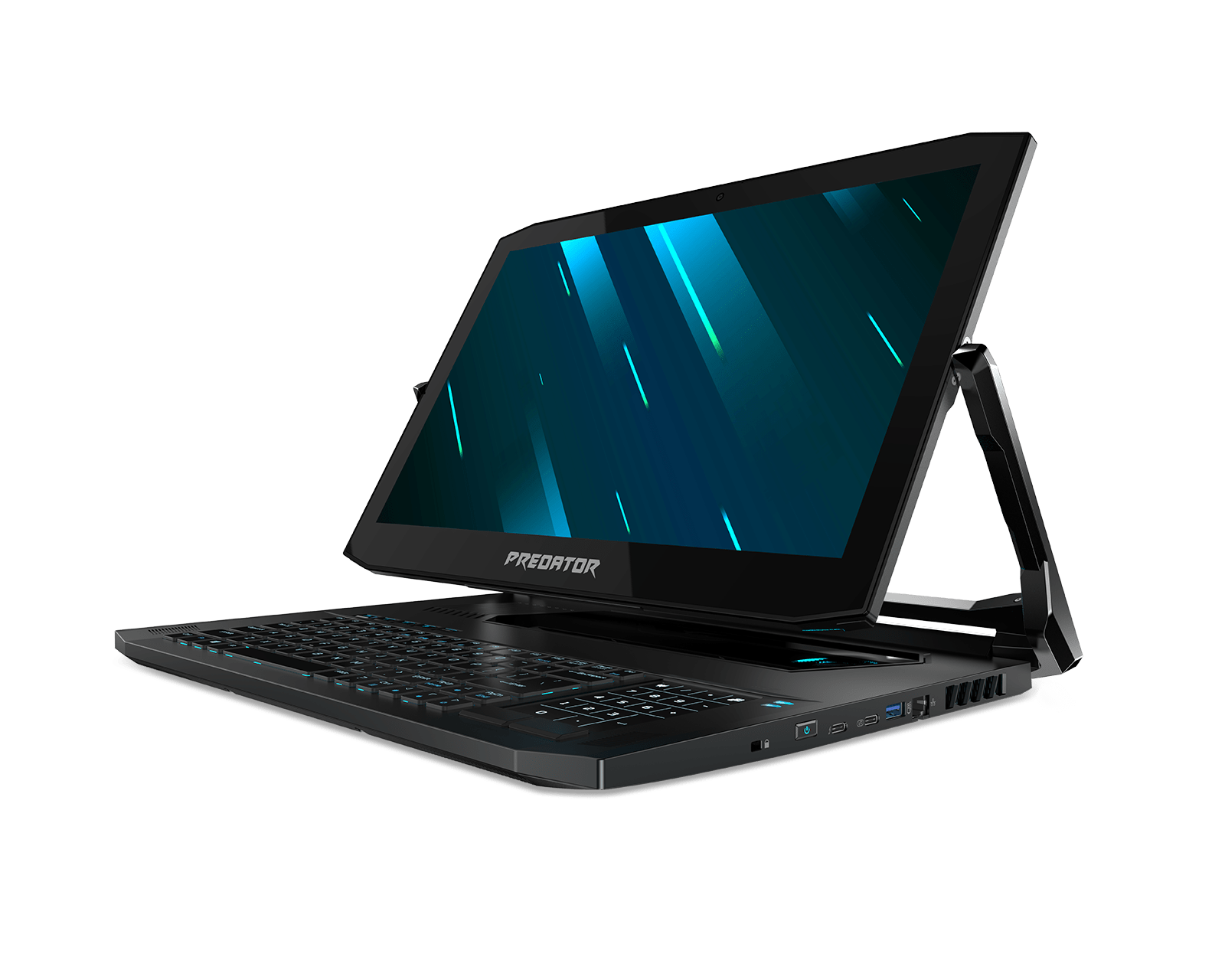 With the new NVIDIA® GeForce RTX™ 2080 GPU and a 4K IPS screen with NVIDIA G-SYNC™ technology, the Predator Triton 900 does not need extra efforts to give gamers the best experience in their class. Acer gaming laptop presented with a high-performance Intel® Core™ i7 8th Gen six-core processor, SSD with RAID 0 PCIe NVMe and DDR4 memory of up to 32 GB, players can load the most demanding games for a smooth and tear-free gaming experience, it comes with an Xbox wireless receiver that allows users to play their favorite PC games in Windows 10 with an Xbox controller. To round the package, it has Waves audio. Waves Maxx™ offering superior, more immersive sound quality with Waves Nx™ with head tracking for a hyperrealistic 3D audio experience.

The Predator Triton 500 features up to NVIDIA GeForce RTX 2080 GPUs with Max-Q design, Intel Core i7 processors up to 8 Gen, NVID PCIe RAID 0 SSD and up to 32 GB of DDR4 memory. Its GPU is overclockable and ready for VR, allowing players to enjoy the latest gaming and VR experiences. The IPS screen of 15.6 inches and 300 nits makes the games come alive with refresh rates of 144Hz in overdrive to 3 ms. NVIDIA G-SYNC technology creates fluid images as they cross the screen while playing or watching a movie.