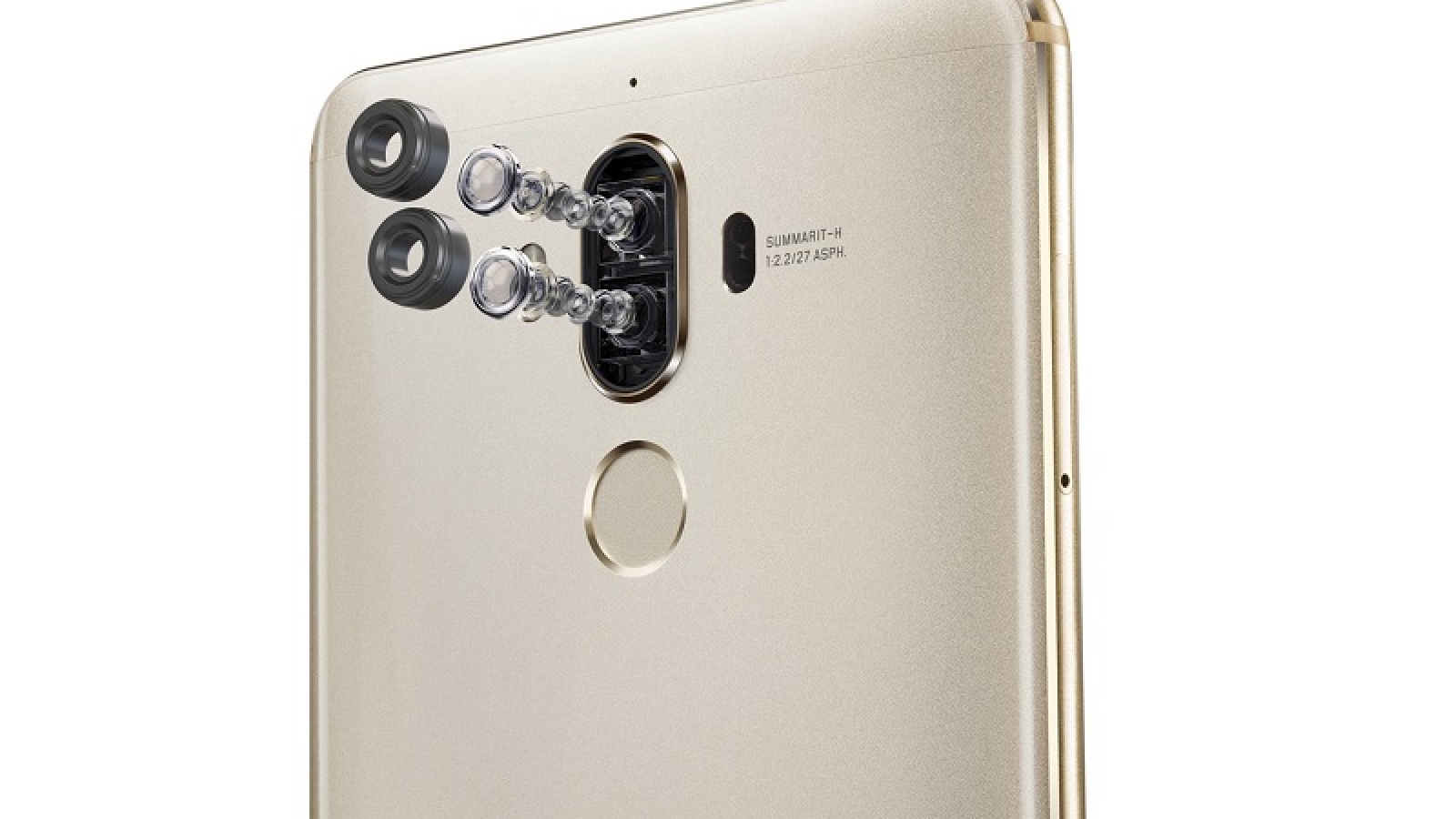 As it already happened in the model P9, Huawei applies different algorithms to combine the images that take both sensors and offer a single image that offers 12 megapixels of resolution. The brightness of F2.2 both lenses is far from the minimum f1.8 we are seeing in front line terminals. The work of each sensor is well defined by Huawei. While the RGB sensor is responsible for maintaining proper color fidelity, detail and a better dynamic range is the responsibility of the monochrome sensor.

If it happens as with the Huawei P9, the shots with sufficient light will leave good detail and above all black and white photos without equal in the market. But we will have to see how the new sensors respond when the light begins to become scarce. In those scenarios, nothing is good to have a dual tone LED flash.

The F2.2 aperture is not the best on the market, and that element is key to allow enough light reach the sensor without having to leave the shutter open long time, resulting in judder. To counter this point Huawei has included OIS for sensors.

In addition to supporting Huawei certified sensor and lens, not construction, Leica left its mark again in the camera interface, one of the best you’ll find on the market. There are manual control options, RAW format and is very attractive visually.

You may also like to read another article on TheKindle3Books: Huawei Nova Plus, are enough good selfies and autonomy to reign in the mid-range

Why has Huawei unbalanced the resolution of the monochrome sensor in the new Mate 9? Instead of the 12 MP offered by the RGB sensor, Huawei has given 20 million to him alone. The reason, according Huawei besides getting 50% more image detail 12MP result of combining both sensors, and so you can imagine because it is also fashionable: zoom.

The 2X hybrid zoom of the Huawei Mate 9 uses the 20 MP sensor cutout. The resulting image is then “colored” with the 12 MP RGB sensor information

Huawei cannot call it optical because in fact the two elements of Huawei Mate 9 have an equivalent focal length of 27 mm. What happens is that the central part of the 20 MP sensors is trimmed and “colored” with the RGB sensor information. For them it is a hybrid 2X zoom lens, i.e. we get an equivalent focal length of 54 mm. You will have to check what detail and quality is lost when making the cut.

Hybrid approach with 4 technologies that add up

Along with increased monochrome sensor resolution and optical OIS stabilization for the camera, the technical novelty around the Mate 9 camera is in focus.

Huawei adds to “all the approach” and does hybrid, combining approach laser, phase detection, contrast and depth measurement.

The increased resolution of the monochrome sensor and the series of technologies and algorithms involved in the new Huawei Mate 9 camera relies on more real-time processing capacity. Those responsible for this are firstly the Kirin 960 processor (with 4 GB of RAM), and improved ISP to which has been added an extra element dedicated to tasks depth information.

The portrait so that such an impact is having on the market makes an appearance in the Mate 9. With the information from both sensors and ISP deep Mate 9 can simulate a bokeh effect quite pronounced and decide after shooting where we want the focus.

Many megapixels for selfies

We could not say goodbye to the photographic functions of Mate 9 without talking about the secondary camera for selfies. Huawei has placed sensor 8 MP, more than enough for this type of images.

More interesting it is that has given quite light with a F1.9 aperture, which added to the autofocus, auto mode and beauty shot gestures, place it as a choice of the most advanced in the market.

Video is another section in the new Mate care 9. The highest quality is 4K, but comes with the news that the used codec H.265, which is greater compression without thereby lose quality. Huawei claims to get 50% less space than with other codecs common in high-end smartphones. Other recording modes are slow motion, with one for videos at 720p and 240 fps.

The optical stabilization OIS has application in video mode, which is a good point in your favor. Also the sound has been carefully looked after and Huawei speaks of four microphones with noise reduction that uses sound direction to be more effective.