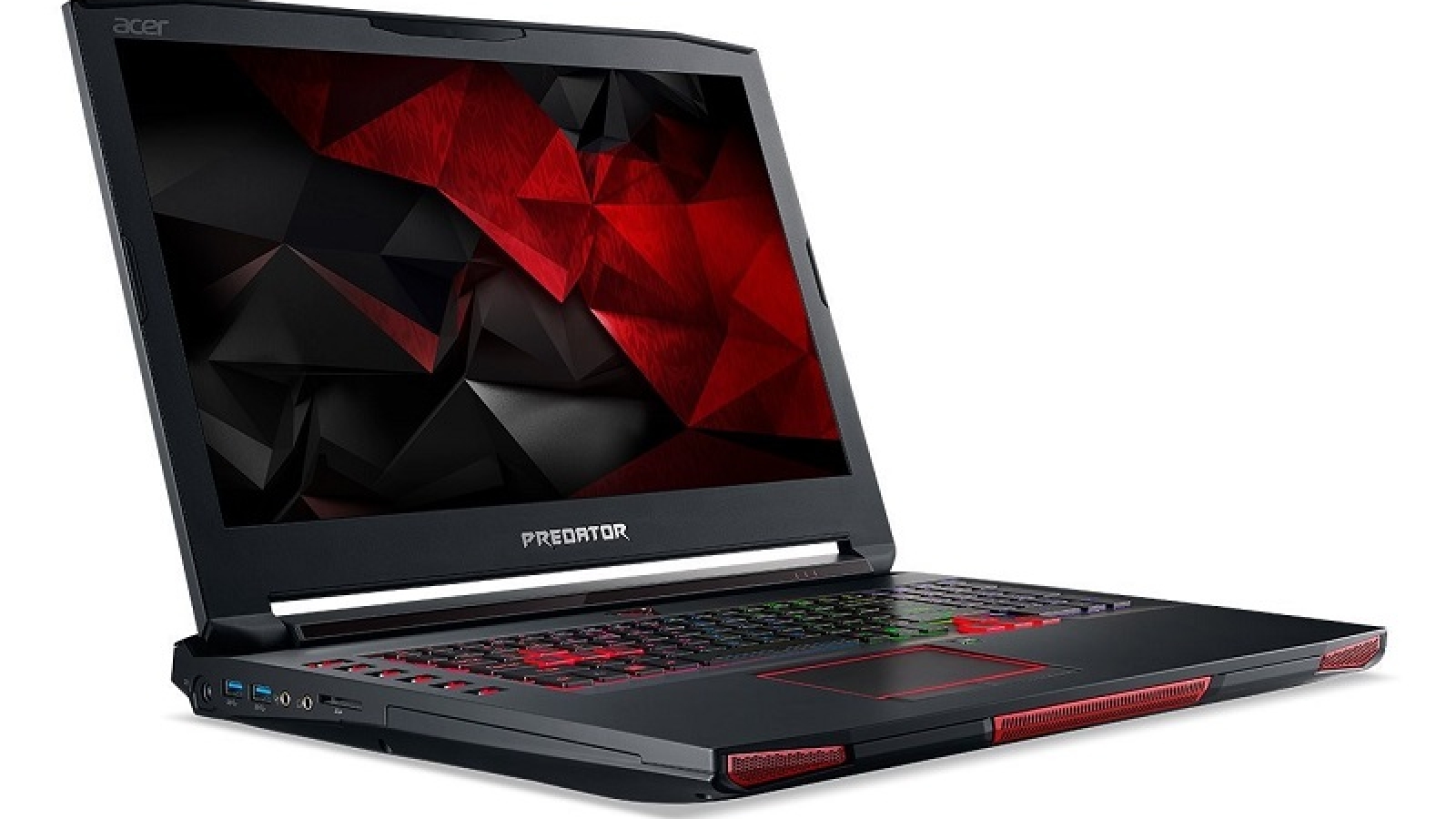 One of the most important developments last year in graphics cards for notebooks was the announcement that the GTX 980 would with full power to these teams by reducing their consumption. The presentation of the new Pascal cards this summer has left a second to laptops that are still sold with it, when in reality it is a very interesting card for any player.

Among the teams that are currently on the market with the GTX 980 is the Predator 17 X Acer, which also includes other features that make it ideal for games or to work, as the IPS screen or a powerful processor.

Acer has tried to create a laptop that is attractive to the audience it is intended, and it has used a matte plastic chassis with the logo of the Predator series at the top, which combines with various tops in red. It is a bulky computer, with a thickness of 45 mm, 424 mm wide and 322 mm deep, similar to other powerful laptops to be able to cool them properly. It is something bigger and heavier than its predecessor Predator 17, but in return is quieter, although weighs 4.55 kg. 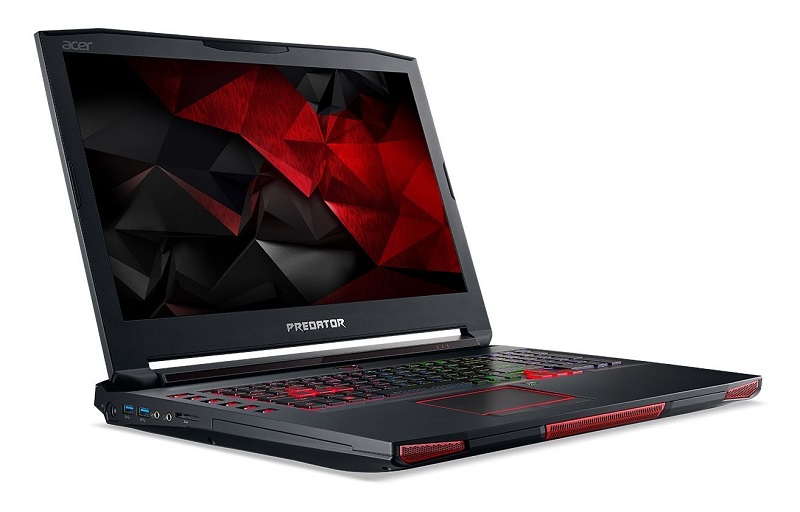 The 17.3-inch screen is a good example of what can be included today in a laptop. In addition to having a resolution of 1920 x 1080 pixels He can purchase this model with a 4K- screen you have a 75Hz refresh rate and is compatible with the adaptive refresh G-SYNC to eliminate the annoying cut frames may occur In some games. The quality in the reproduction of the colors is remarkable since it is also an IPS panel.

This equipment includes an i7-6820HK Core processor, unlocked to turn up frequencies. Starting has a base frequency of 2.7GHz and 3.6GHz turbo, which can be up between 200 and 400 additional Mhz through the usual tools of overclocking. It is accompanied by 32 GB of DDR4-2133 memory. In the storage section, it includes a 256 GB SSD and a 2.5-inch 1TB hard drive. The graphics card is a GTX 980 8 GB, which yields more than the 1060 GTX 6GB of mobility, which is in turn worse than its desktop equivalent. The nomenclature of the cards of the generation Pascal on the part of Nvidia can be a little confused.

On the left side you have two USB 3.0 and 3.5 mm audio connectors as well as the SD card reader. On the right has two other USB 3.0, a USB type C compatible with Thunderbolt 3, an Ethernet, and the HDMI and DisplayPort video outputs, along with a Kensington security hitch. The WiFi connection is a 2×2 802.11 ac and has Bluetooth 4.1, with a battery of 6000 mAh, with Acer promising around 3 hours of autonomy.

The keyboard includes features configurable RGB lighting zone but not key separately. It is comfortable to use and the distance between keys is adequate to facilitate fluency when writing and playing, although they are a little tougher than I would like. To the left is included a row of five configurable buttons for specific actions, in addition to a button to go changing the global functionality of the same. Pressing it displays the function of each key in a pop-up window. The keys of the cursors and the WASD have a serigraph in red and have a frame in the same color to differentiate quickly from the rest of keys.

The trackpad has its own lighting around which turns on and off together with the logo of the area of the top way. It works well and responds quickly, although it remains one of the weak points of notebooks with Windows in general, though Microsoft has made great strides in this section in recent years with various driver updates. In this case, the touch panel is usually of less use in a gaming notebook since any player will use a mouse. Like the rest of the notebook, it attracts finger grease marks with a matte finish. The right and left buttons are located, but can be configured to perform a tap on the trackpad to click.

Removing the lower cover can access memory and storage. It includes two SODIMM slots, both occupied and an SSD Samsung SM951 model, geared mainly to system builders, although on that you can place another M.2 SSD type with a special tray. The built model is 256 GB PCIe 3.0 x4 type, with a theoretical speed of 2150 MB / s sequential read and 1260 MB / s sequential write. The hard drive is a 1 TB model of HGST, owned by Western Digital, 7200 RPM. It is a safe value for these laptops because it is the brand that produces the most reliable hard drives at the same time as expensive.

Finally, the team includes a powerful sound system with four speakers subwooferwith good sound quality, and a DAC to provide a good experience to connect headphones.

The Core i7-6820HK processor combines well with the GTX 980. It is a 45W processor with frequencies from 2.7 to 3.6 GHz, the most powerful that can be found for laptop, attached to 32 GB of DDR4-2133 memory. The processor has a very good performance when compared to the more usual Core i7-6700HQ used in similar notebooks below 2000 euros. The ability to turn up frequencies is a very interesting addition to not limit a possible rise in frequency of the graphics card, or simply earn extra work when power.

The GTX 980 has the same basic features as the desktop version, and also maintains its maximum consumption of 165 W. This card has 2048 shaders that operate at 1190 MHz base, slightly rise from 1126 MHz base model GTX has 980 regular, and 8 GB of memory GDDR5 to 7 Gbps. In addition, the frequencies can rise still more by the utility of overclocking preinstalled on the laptop Predator Sense.

The next comparative puts it face-to-face with two of its most current desktop rivals, such as the GTX 1060 6 GB and the RX 480 8 GB, which are between 250 and 350 euros, accompanied by an i7-6700K. Performance is quite good compared, although in some cases the processor can limit a little, as is the specific case of DiRT.

As a good high-end notebook, the Predator 17 X includes a good screen with 17.3-inch IPS panel with a resolution of 1920 x 1080 pixels. Its refresh is 75 Hz and includes the G-SYNC adaptive refresh technology, which is always a good addition to a computer of these characteristics, for graphics card power and notebook price. Its maximum brightness is around 300 nits and its contrast in 1000:1, which are normal values, and the anti-reflective layer that includes this matte panel is very effective, although it slightly impairs the clarity of the letters. The latter will not be noticeable unless a screen that is not matte to the side, such as a second monitor, is available.

In the storage section, the inclusion of a PCIe-type SSD such as the Samsung SM951 gives it a more than adequate fluidity, although generally does not bring a remarkable performance difference with respect to other SSDs with SATA3 interface in everyday tasks. Sequential read and write speeds are not determinant in games, but to transfer large files between disks, but they help improve mixed read and write speeds. The SM951 includes MLC type memory, with good durability and good protection against errors. On the other hand, the included 1 TB of HGST hard drive throws the usual speed results of this type of 7200-RPM discs.

Acer has paid special attention to the cooling system 17 Predator X, and the result is temperatures and very good noise level for a system of this type. After leaving DiRT for an hour running the performance test, the GPU stays at 80°C and 77°C in CPU. Both values ​​are good and normal within the type of mobility chip they are.

The distribution of heat in the equipment causes the keyboard to be unaffected by the high temperatures of the processor and graphics card, and the area of ​​the cursors and keys WASD do not exceed 30°C to 31°C, concentrating the heat in the central zone Higher, which can reach 42°C. The bottom of the laptop can be quite heated above those values, although already notified to the bottom cap with an indication of danger, hot air.

The noise is something that is also quite controlled and that Acer manages well playing with the temperatures of the chips. At rest usually generates about 32 dBA in a room with 30 dBA background noise, and load usually does not exceed 42-45 dBA, being the time of greatest noise when the frequencies, which reaches 46 to 48 dBA climb. There are portable enough noisier without triggering the overclocking, exceeding 54 dBA, which is a team relatively quiet. In most games, using the laptop speakers will rather plug the noise of the fans.

In the section of autonomy, not much to say, since this type of equipment is made for use connected to the mains. Playing does not last much longer than an hour, and with an office, use can be reached around three hours of autonomy, or less if you make much use of the browser. It is just right to use it in the street in specific cases, but the combination of weight of the notebook with the weight of the power supply and the size of the equipment make it little portable.

Among the programs included in this Acer laptop is Predator Sense, which is the utility that is responsible for controlling certain key features. On the one hand, when connected to the mains can quickly activate the turbo mode, which rises 300 MHz processor speed advantage that is a version for overclocking.

In turn, also raises the frequency of the GPU, but will directly affect the level of noise and temperatures, and practice becomes unnecessary when using 1080p laptop screen. If connected to an external monitor 1440p or 4K – for games eSports like League of Legends or Overwatch – could be interesting to scratch a few FPS more, and potentially be the difference between having a smooth experience.

Under the conditions of OC it is easy to put the CPU at 96°C with its fan running at 3900 RPM – in front of the usual 81°C in load, and the GPU reaches 88°C with the fan running at 3900 RPM, with a maximum Of 4200 RPM, although it is not especially annoying, although it is necessary to play with headphones. The cooling is very good, since even after hours of games the keyboard area does not reach 31°C or 32°C.

This application also macros are configured, and can choose from predefined or custom options. The illumination of the keyboard is divided into four distinct zones, and can set their color or turn them off. Through the macros you can have the fan start a 100% moment to lower temperatures, among other options that end up being useful.