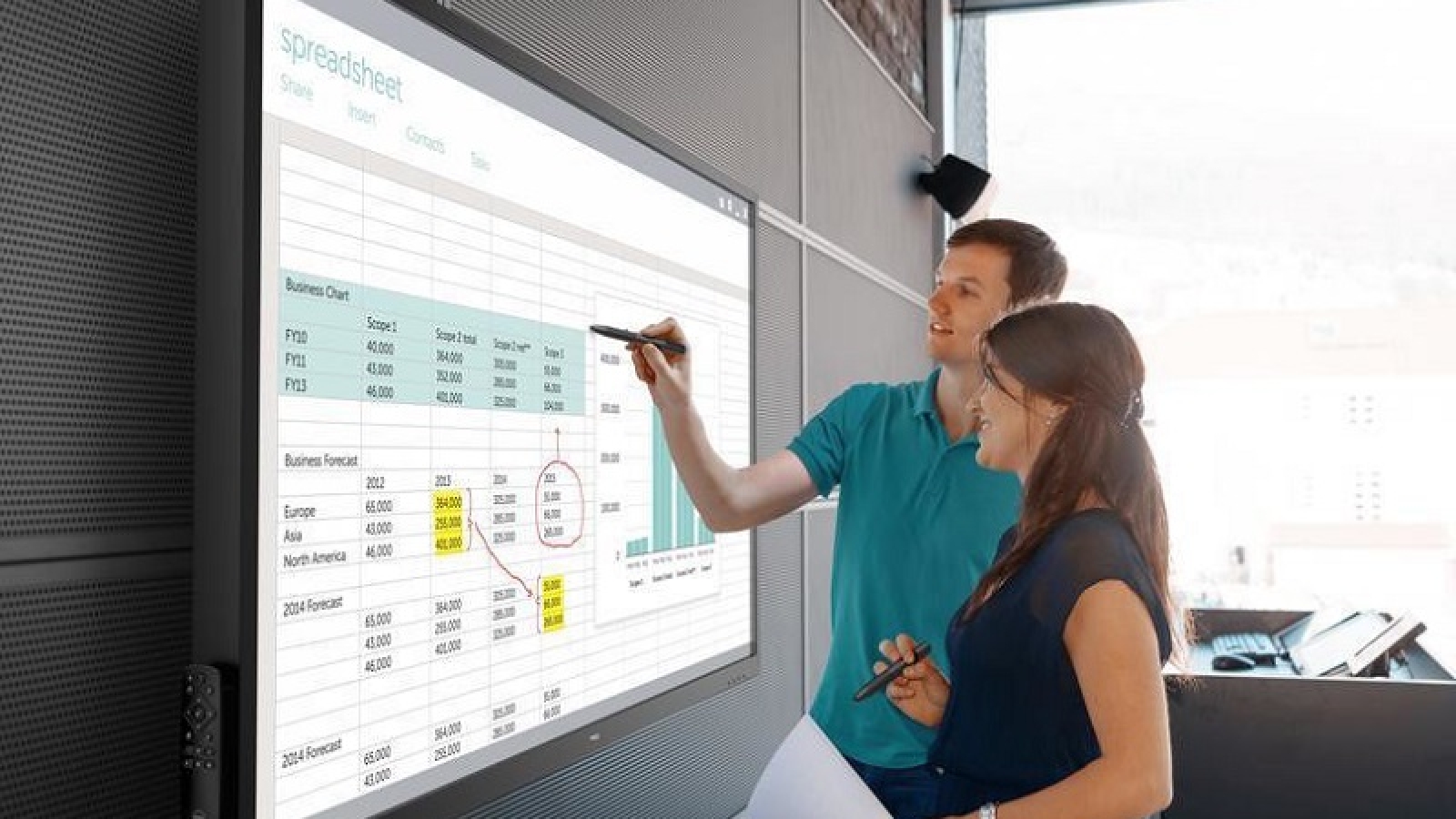 At that time the format drew attention as a device with these characteristics and possibilities could be accommodated in the educational field, and that is precisely what Dell thought, who is now presenting a huge touch screen monitor with everything you need to collaborate and all with large display. This new monitor Dell (C7017T) is intended for conference rooms and schools where you can take advantage of its large size, has an LCD panel 70 inches with a special coating to reduce glare and fingerprints, its maximum resolution is 1920 x 1080 pixels of and has the ability to identify up to 10 touch points.

It includes two stylus that help you be more precise when interacting with the monitor, which have a magnetic system to be placed in the frames of the screen and have them always at hand, a system that is also integrated into the control for better control .

Of course it has all the posts needed to connect to computers, projectors, phones and even the Internet itself, as an HDMI, VGA, DisplayPort, Ethernet, serial RS232, Bluetooth and USB support Plug & Play to add accessories immediately.

You may also like to read another article on TheKindle3Books: Paperlike, the first electronic ink monitor, is already on presale in Indiegogo

But certainly more interesting part is its support to the new educational platform ‘Dell Classroom’, which is based on Chrome OS and can transfer all work and projects that take into Google Classroom, which will be compatible with this monitor without need to install anything extra, you only need internet access and enter the platform to work with everything you have stored in Dell Classroom.

The new Dell C7017T monitor will be available in the coming weeks at a price to be announced later, which will not believe that it will be cheap.